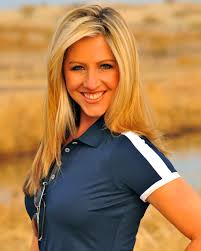 America’s fascination with legendary pilot Amelia Earhart is never-ending. Her flying accomplishments and her baffling disappearance have intrigued Americans for nearly 80 years.

She was the first female pilot to fly solo across the Atlantic Ocean, a feat she accomplished in 1932 before demolishing other flying records and writing best sellers about her adventures. She was a media darling before the term was even coined. Then, on July 2, 1937, three-quarters of the way through a 29,000-mile around-the-world flight, she and navigator Fred Noonan vanished on approach to Howland Island in the Pacific Ocean. Her plane was never found.

Next summer, Earhart, 30, a Denver weather and traffic co-anchor, and co-pilot Patrick Carter, a Fayetteville, Ark., businessman and adventurer, will take off from Oakland for a two-week, 100-hour flight that will approximate as closely as possible the original flight. They’ll make the trek in a state-of-the-art, $4.6-million, 2014 model PC-12 NG provided by Pilatus Business Aircraft of Broomfield, Colo., one of two principal sponsors.

For the complete story by Larry Copeland of USAToday, click here.