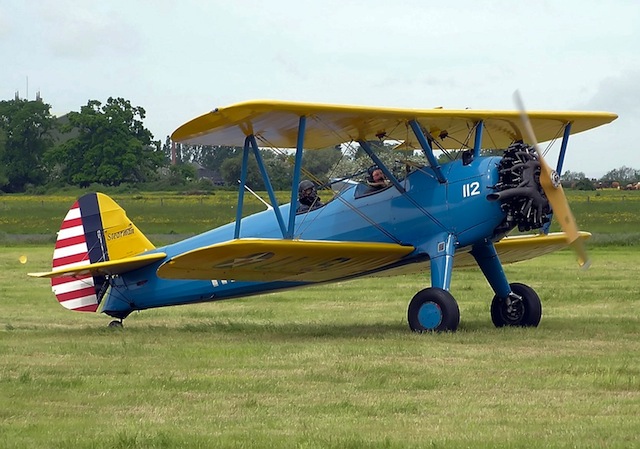 Next year marks the 50th anniversary of the annual Experimental Aircraft Association aircraft sweepstakes, and the grand prize was unveiled this week in the EAA exhibit at the National Business Aviation Association (NBAA) Annual Meeting and Convention in Orlando: a completely restored 1943 Boeing Stearman Model 75 biplane!

The airplane featured at the exhibit was a visual stand-in (a Boeing N2S-5 Stearman courtesy of the Kissimmee Air Museum) for the actual prize plane that’s currently being refurbished by Air Repair Inc., of Cleveland, Miss., but the buzz generated by the classic military trainer on display was for real.

EAA’s iconic Stearman prize plane, once owned by Curtis Pitts, has a long list of features, starting with the 300-hp Jacobs R755 A2M engine, 24-volt electric system, and dual basic instrumentation. To learn more about the features on this iconic warbird, click here.

This living time machine, designed by Lloyd Stearman back in 1934, was the training platform for a whole generation of pilots who served in the U.S. Navy and Army Air Forces, the Royal Canadian Airforce, and other nations. Fighter and bomber pilots earned their wings flying the thousands of Stearman trainers produced for World War II. Imagine winning the EAA grand prize and soaring through the sky like those who flew to preserved freedom!

For the complete news release by the EAA, click here.