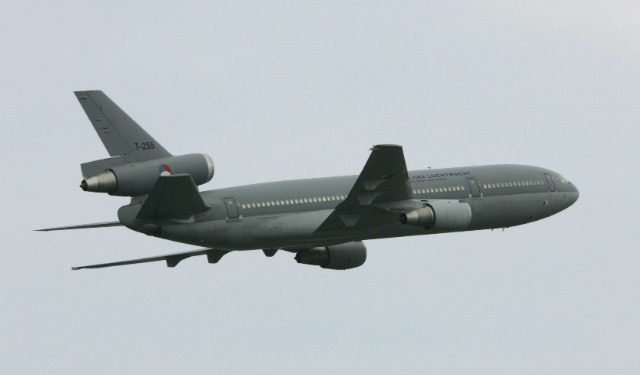 A Royal Netherlands Air Force-owned McDonnell Douglas DC-10 transport freighter has been flown to the UK for scrapping, less than three years after entering use with the service.

Aircraft T-255 departed Eindhoven air base for the last time on April 11, and was flown to Newquay airport in the UK for dismantling.

Originally operated by United Airlines, the DC-10-30 was acquired by the Netherlands in 2004, and underwent extensive modernisation before being delivered in May 2011 after lengthy project delays. It was deemed surplus to requirements as part of a package of defence cuts announced later that year, and subsequent efforts to find a new buyer for the 334 Squadron-operated transport failed.

Some parts from the retired aircraft will be used to support the Netherlands’ retained pair of KDC-10 tanker transports, which have already received the same cockpit and systems modifications as T-255. The nation’s military airlift inventory also includes four modernised Lockheed Martin C-130Hs.