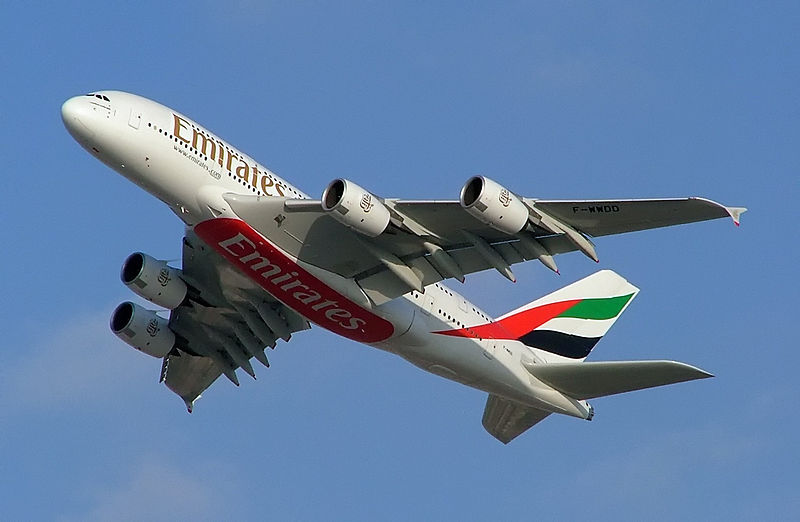 The Dubai Air Show 2013 opened on Sunday to a barrage of orders from local airlines for hundreds of Boeing and Airbus jets, setting a record for the most orders at an airshow, at $192.3 billion. And that was just at the end of the first day, according to the show’s organizers.

Among the many orders announced, Boeing reaped the biggest single order ever in its history, a monster 150-airplane deal from hometown Emirates Airline that may be worth as much as $45 billion. Airbus, a unit of European Aeronautic Defence & Space Co., also took home hundreds of commitments including an order for 50 A380s, also from Emirates, giving a much-needed boost to the largest passenger airplane ever made.

The A380 was also expected in the skies over the Dubai World Central Airport, but was forced to remain on the ground like all other planes on display at the show, when authorities decided to cancel the day’s flight program after a single exhibition (by the Emirati Air Force aerobatic team, Al Fursan). Strong winds gusting at more than 50 mph picked up sand from the surrounding desert, creating a near-sandstorm that was deemed too unsafe to fly in.