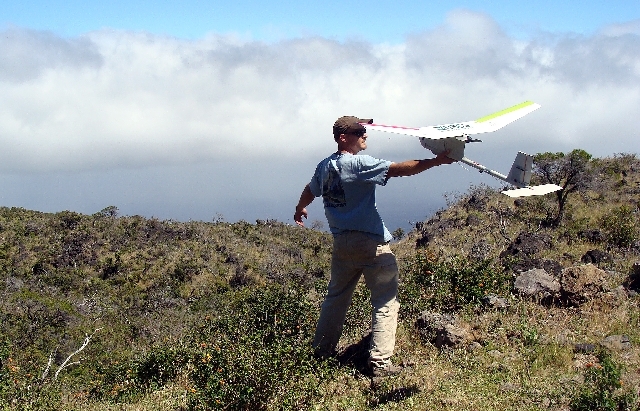 A few months from now, government agents with drones will descend on Southern Nevada to spy on the locals. Luckily, mule deer and bighorn sheep don’t carry ACLU cards.

The U.S. Geological Survey started using unmanned aircraft for wildlife and land management work about two years ago. Its first Nevada mission, planned for August or September, involves counting sheep and deer within the Desert National Wildlife Refuge north of Las Vegas. What used to require a helicopter and thousands of dollars worth of fuel can now be done with some fresh batteries and what looks like an elaborate toy plane no bigger than a turkey vulture.

Mike Hutt, who heads up the Geological Survey’s National Unmanned Aircraft Systems Project Office in Denver, says there has been a “groundswell” of Department of Interior drone use in recent years, as cash-strapped field offices look for ways to do more work with less money.

For the complete story by Henry Brean of the Las Vegas Review-Journal, click here.