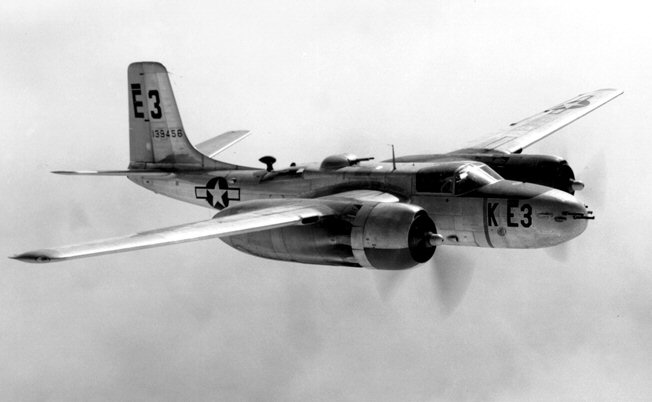 When the Douglas A-26 Invader light bomber now sitting in a hangar at a Guthrie, Okla., airport finally takes to the sky it won’t exactly be a miracle, but it will be a testament to the value of people working together for a common goal.

The World War II-era A-26 was acquired by the Sierra Hotel Group of the Commemorative Air Force in Arkansas in 1999. It was brought to Wiley Post Airport near Oklahoma City for a few years before being moved to the Guthrie airport.

The vintage aircraft has become a magnet of talent and time. The restoration group, made up of about 48 members, has logged 28,500 hours working on the plane that was essentially rebuilt from scratch.

The group has spent nearly $500,000. Some of the money comes from contributions and grants. But the labor is all theirs. And there is still a lot of work to be done. The group hopes to have the plane flying within 18 months to two years.

For the complete story by Matt Patterson of NewsOK.com, click here.