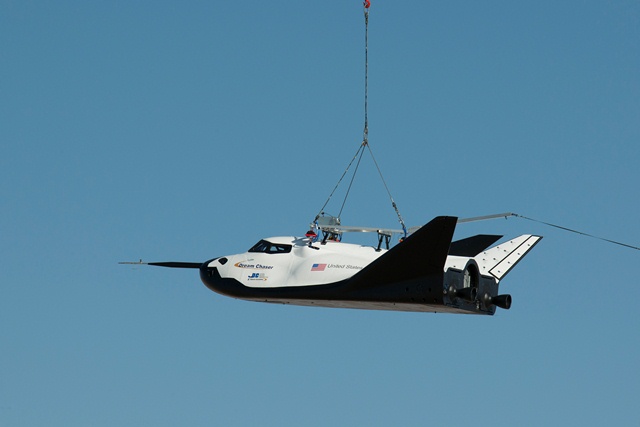 Sierra Nevada conducted a captive carriage test flight of the Dream Chaser engineering test article Thursday at NASA’s Dryden Flight Research Center at Edwards Air Force Base in California in preparation for the start of approach and landing free flight tests next month. The two-hour flight covered a three-mile route over the dry lake bed which the vehicle is expected to follow during its forthcoming free-flight.

“The tests ensure the Dream Chaser would operate properly upon landing and that the spacecraft will come to a controlled stop after touching down on the runway,” it adds. Following the captive carry test, the evaluation will culminate with at least one approach and landing free flight test.

For the complete story by Guy Norris of Aviation Week’s On Space blog, click here.