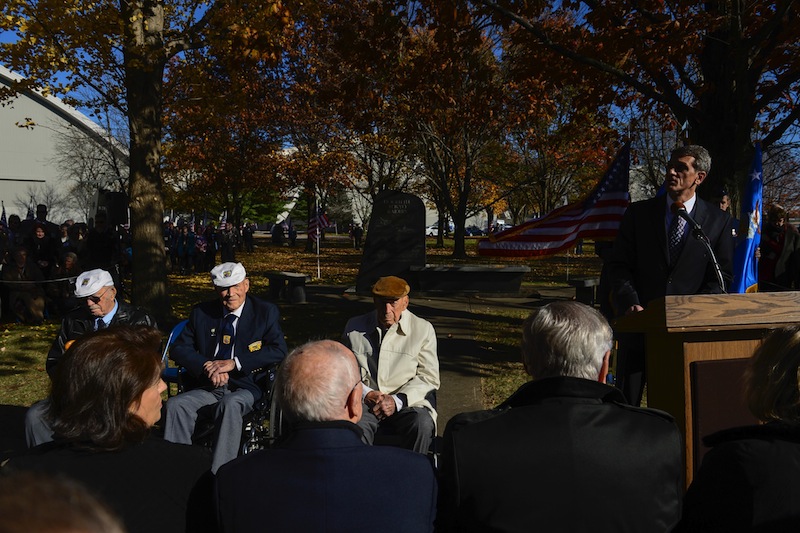 The remaining Doolittle Raiders gathered at the National Museum of the U.S. Air Force Saturday to partake in a wreath-laying ceremony at the Doolittle Raider memorial in Memorial Park here, followed by a flyover of North American B-25 Mitchell aircraft.

“The Doolittle Raiders are an example to all Americans and all Airmen,” Fanning said. “That even in our darkest days there are some among us who have the courage to step forward and say, ‘Send me.’  We owe them our eternal respect and gratitude. Gentlemen, thank you for what you did for your country those many years ago, for representing all those who served with you and for being an inspiration to the rest of us everyday since then.”

Cole also spoke during the event.

“We all shared the same risk and had no realization of the positive effect on our effort and on the morale of the Americans at the time of great national peril,” he said. “We are grateful we had the opportunity to serve and are mindful that our nation benefited from our service. Thank you for joining us today.”