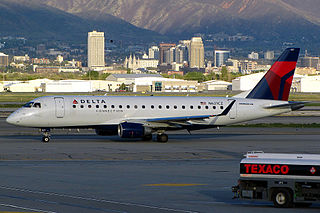 Flights depart beginning at 7 a.m. Monday through Friday and will be operated by Delta Connection partner Compass Airlines using Embraer E-175 jets, which accommodate 76 passengers (12 in First Class, 12 in Economy Comfort and 52 in Economy). Flight schedules for the new service are available on Delta’s website.

The carrier said it has partnered with the city of Los Angeles and Los Angeles World Airports to invest $229 million to overhaul Terminal 5 at Los Angeles International Airport. The construction project has already begun and will be complete in 2015.

Delta Air Lines and the Delta Connection carriers offer service to 327 destinations in 63 countries on six continents; the company is the world’s largest airline ranked by scheduled passengers carried.