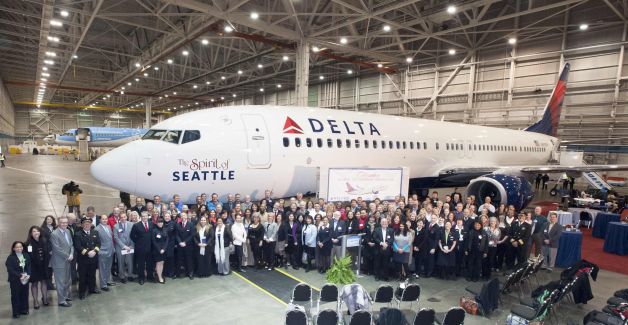 Delta Air Lines continued its aggreessive courtship of Seattle on Thursday, naming a jet for the Emerald City.

“For 80 years, our customers, employees and partners in Seattle have embraced Delta, and our growth here would not be possible without them,” Mike Medeiros, Delta’s vice president – Seattle, said in a news release. “The Spirit of Seattle aircraft will proudly bear its name as it travels around the country as a representation of Delta’s history in Seattle and a sign of our thanks and commitment to our future here.”

For the complete story by Aubrey Cohen of SeattlePI.com, click here.