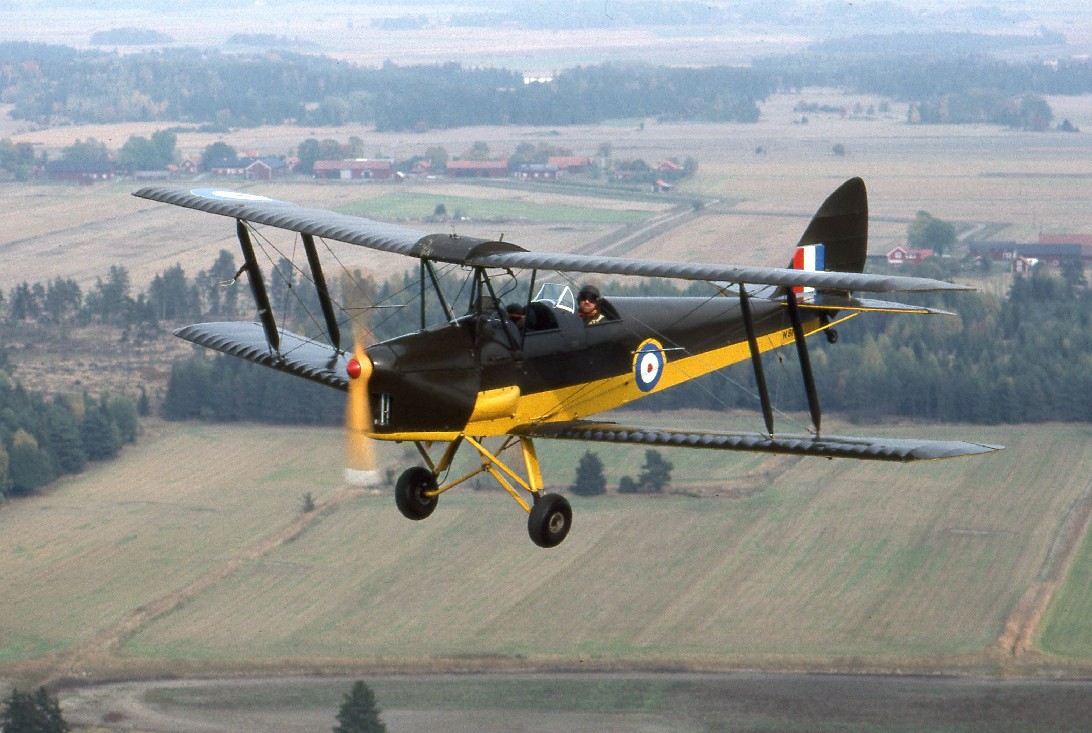 A de Havilland Tiger Moth from the 1930s was the focus of all eyes during a flyby at the Indian Air Force Day parade at the Hindon Air Force Station on the outskirts of New Dehli on Monday. The aircraft stole the show in the absence of aerobatic displays by the grounded Suryakiran planes and Sarang helicopter squad.

On the 80th anniversary of the IAF, the Tiger Moth biplane, the first resurrected aircraft of the vintage squadron of the force, was the only new addition to the flying display team for the event.

As soon as the yellow-coloured aircraft, which saw action during World War II, took off, it was greeted by a thunderous applause from the gathering which included families of air warriors and school children.

The IAF is planning to resurrect around six old aircraft for the vintage squadron that will include a Westland Wapiti, a Howard DGA, a Supermarine Spitfire and three other planes. The indigenously-developed Airborne Early Warning and Control Aircraft (AEW&C) along with the Russian-origin Mil Mi-17 V5 choppers were showcased for the first time as part of the static display.

For the complete story by The Hindu’s Vinay Kumar, click here.