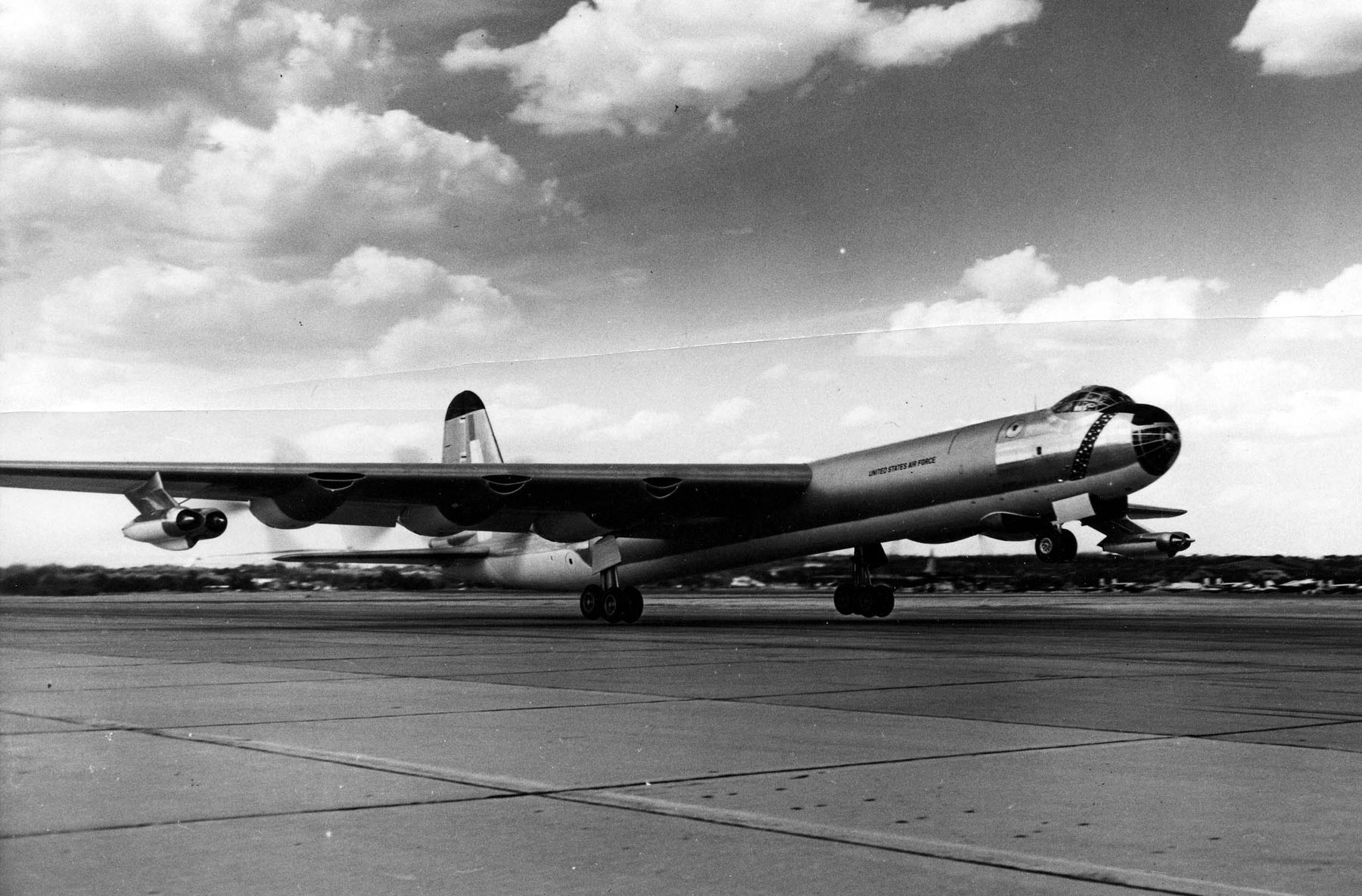 The bomber’s crew was hand-picked, and included two navigators, two flight engineers, an observer, two radio operators, two gunners and a crew chief. Ten newspaper, radio and television reporters were on board as well.

The gigantic bomber was the very last of the strategic bombers built by the Convair Division of General Dynamics at Fort Worth, Texas. It was completed 1 July 1954 and on 14 August, it was delivered to the Strategic Air Command, 92nd Bombardment Wing, Heavy, at Fairchild Air Force Base, Washington. In April 1957, 52-2827 was assigned to the 95th Bombardment Wing, Heavy, at Biggs Air Force Base, El Paso, Texas.

After a ceremony attended by thousands, the bomber was officially retired. A bugler blew “Taps,” and then the Peacemaker was towed away. It was put on display at Amon Carter Field. After decades of neglect, the bomber was placed in the care of the Pima Air and Space Museum at Tucson for restoration and display. The B-36J #52-2827 is one of 14 “Featherweight III” high altitude variants. It was built without the six retractable defensive gun turrets of the standard B-36, retaining only the two M24A1 20mm auto-cannons in the tail. This reduced the crew requirement to 13. It is 162 feet, 1 inch long with a wingspan of 230 feet and overall height of 46 feet, 9 inches The empty weight is 166,125 pounds and loaded weight is 262,500 pounds. Maximum takeoff weight is 410,000 pounds. 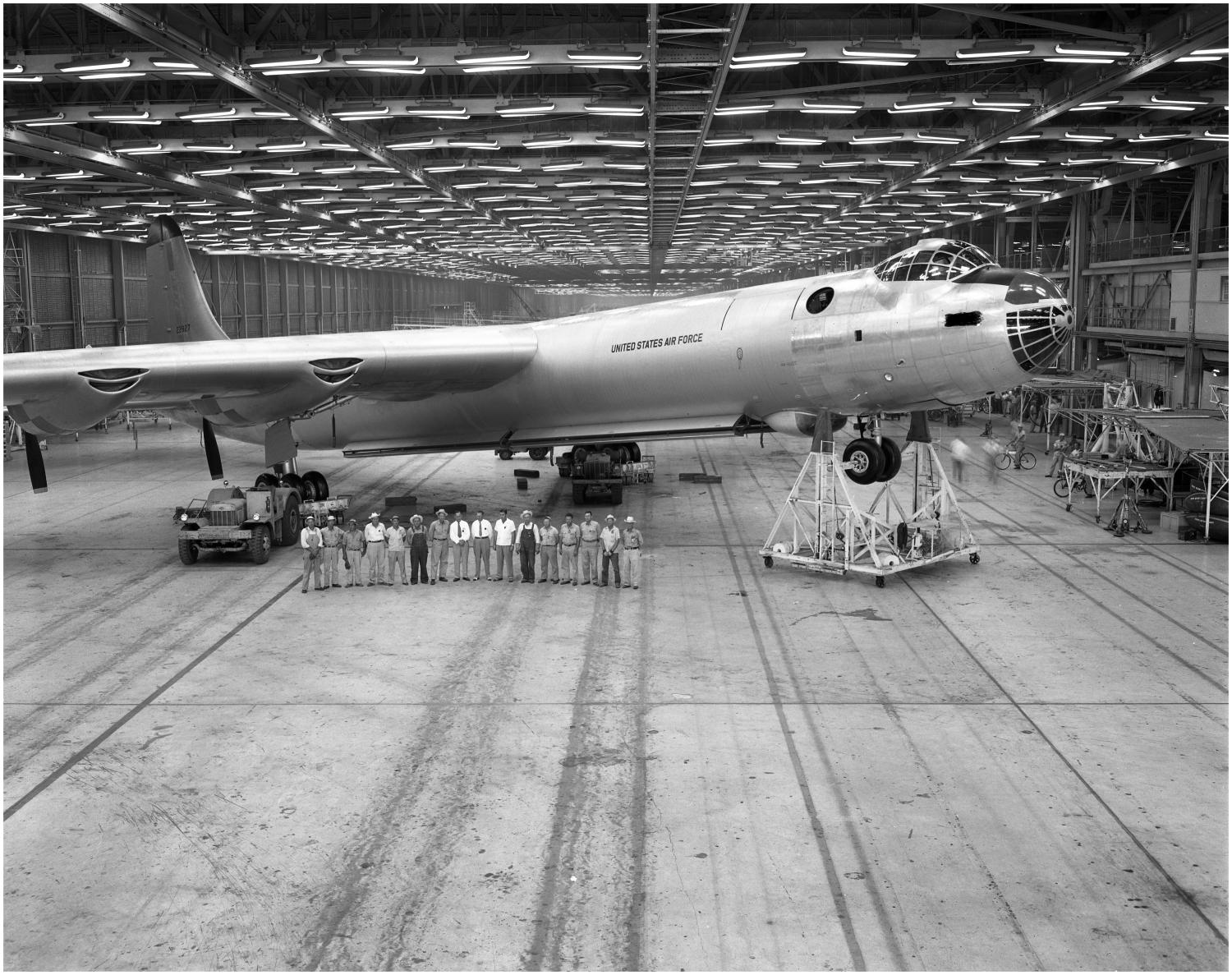 Four General Electric J47-GE-19 turbojet engines are suspended under the wings in two-engine pods. The J47 is a single-shaft axial-flow turbojet engine with a 12-stage compressor section, 8 combustion chambers, and single-stage turbine. The J47-GE-19 was modified to run on gasoline and was rated at 5,200 pounds of thrust.

The B-36 was designed during World War II, nuclear weapons were unknown to the Consolidated-Vultee Aircraft Corporation engineers. The bomber was built to carry up to 86,000 pounds of conventional bombs in the four-section bomb bay. It could carry the 43,600 pound T-12 Cloudmaker, a conventional explosive earth-penetrating bomb. When armed with nuclear weapons, the B-36 could carry several Mk.15 3.8 megaton thermonuclear bombs. By combining the bomb bays, one Mk.17 15-megaton thermonuclear bomb could be carried.