First flown on January 23, 1951, the Douglas F4D Skyray was an American carrier-based fighter/interceptor built by the Douglas Aircraft Company. Although it never entered combat, it was the first carrier-launched aircraft to hold the world’s absolute speed record, at 752.943 mph, and was the first US Navy and US Marine Corps fighter to exceed Mach 1 in level flight. It was also the last fighter produced by the Douglas Aircraft Co. before the company merged with McDonnell Aircraft to became McDonnell Douglas. 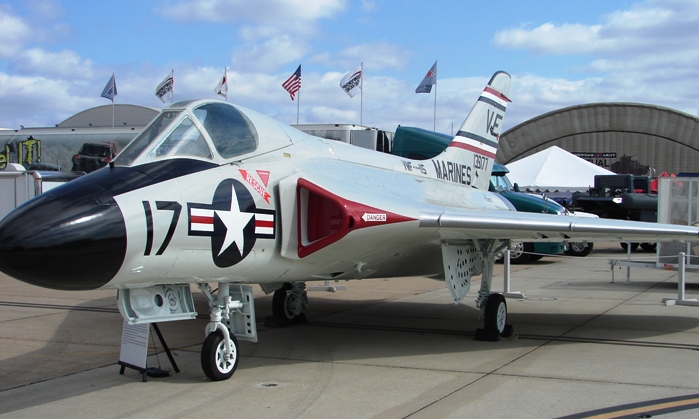 The Skyray was designed to meet a Navy requirement issued in 1947 for a fighter aircraft that could intercept and destroy an enemy aircraft at an altitude of 50,000 ft. within five minutes of the launch alarm being sounded. It also met the Navy’s desire for an aircraft that followed the designs and research work of  German aerodynamics expert Alexander Lippisch, who had moved to the US after World War II.

With its wide delta wing design with along sharply swept rounded wings the F4D Skyray was named for its resemblance to the manta ray. The thick wing roots contained the air intakes feeding a single turbojet engine. Fuel was contained both in the wings and in the deep fuselage. Leading edge slats were fitted for increased lift during takeoff and landing, while the trailing edges were mostly elevon control surfaces. Additional pitch trimmers were fitted inboard near the jet exhaust, and were locked upwards on takeoff and landing. 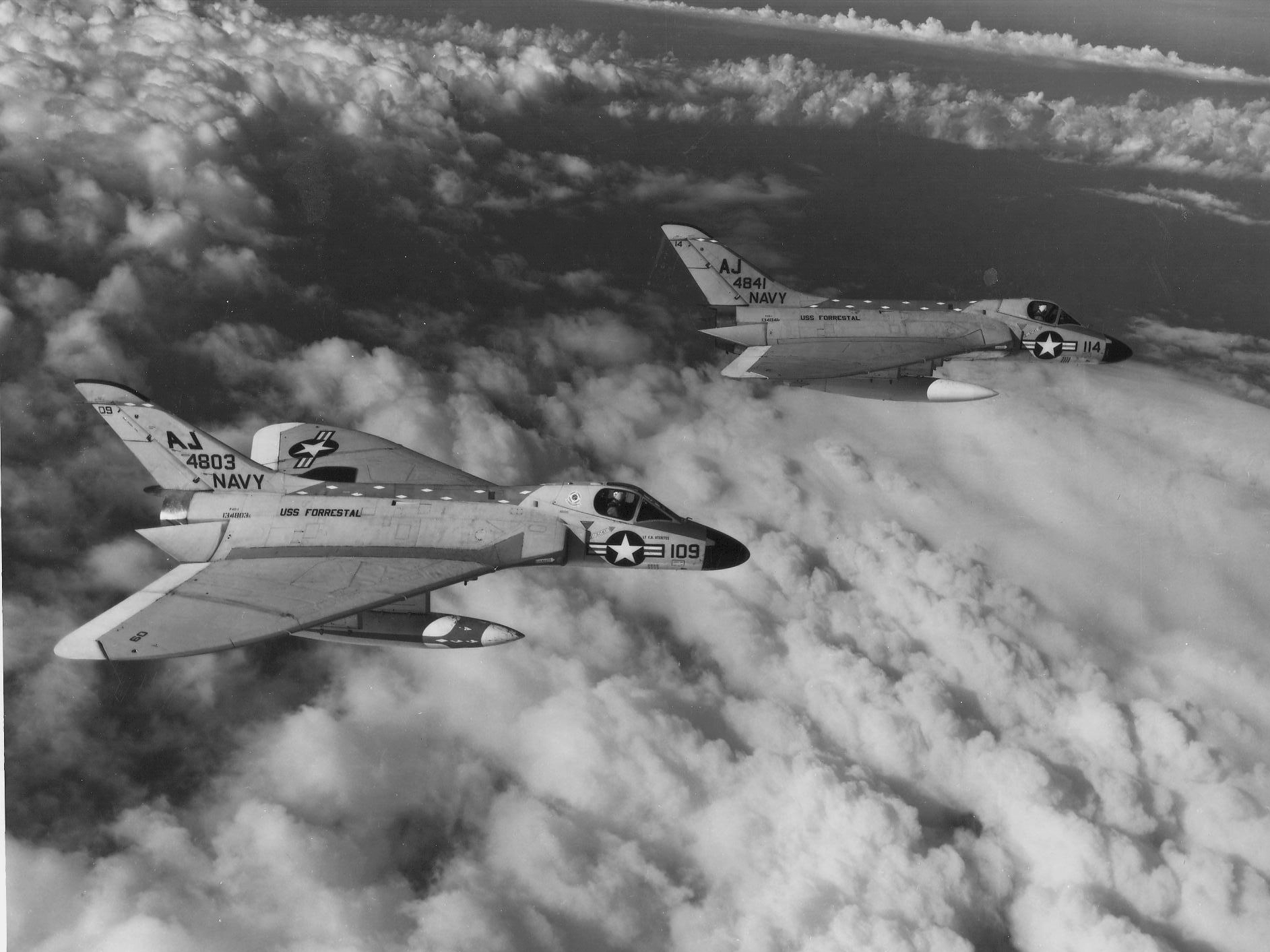 The Westinghouse J40 turbojet was the intended powerplant, but Douglas took a conservative view and designed in contingency options for other power plants. The J40 proved troublesome and was eventually cancelled, and so the Skyray was then fitted with the Pratt & Whitney J57, a more powerful though larger engine.

Production aircraft were not delivered until early 1956, while the US Marine Corps received their first in 1957. In total, 419 F4D-1 (later designated F-6) aircraft were produced. 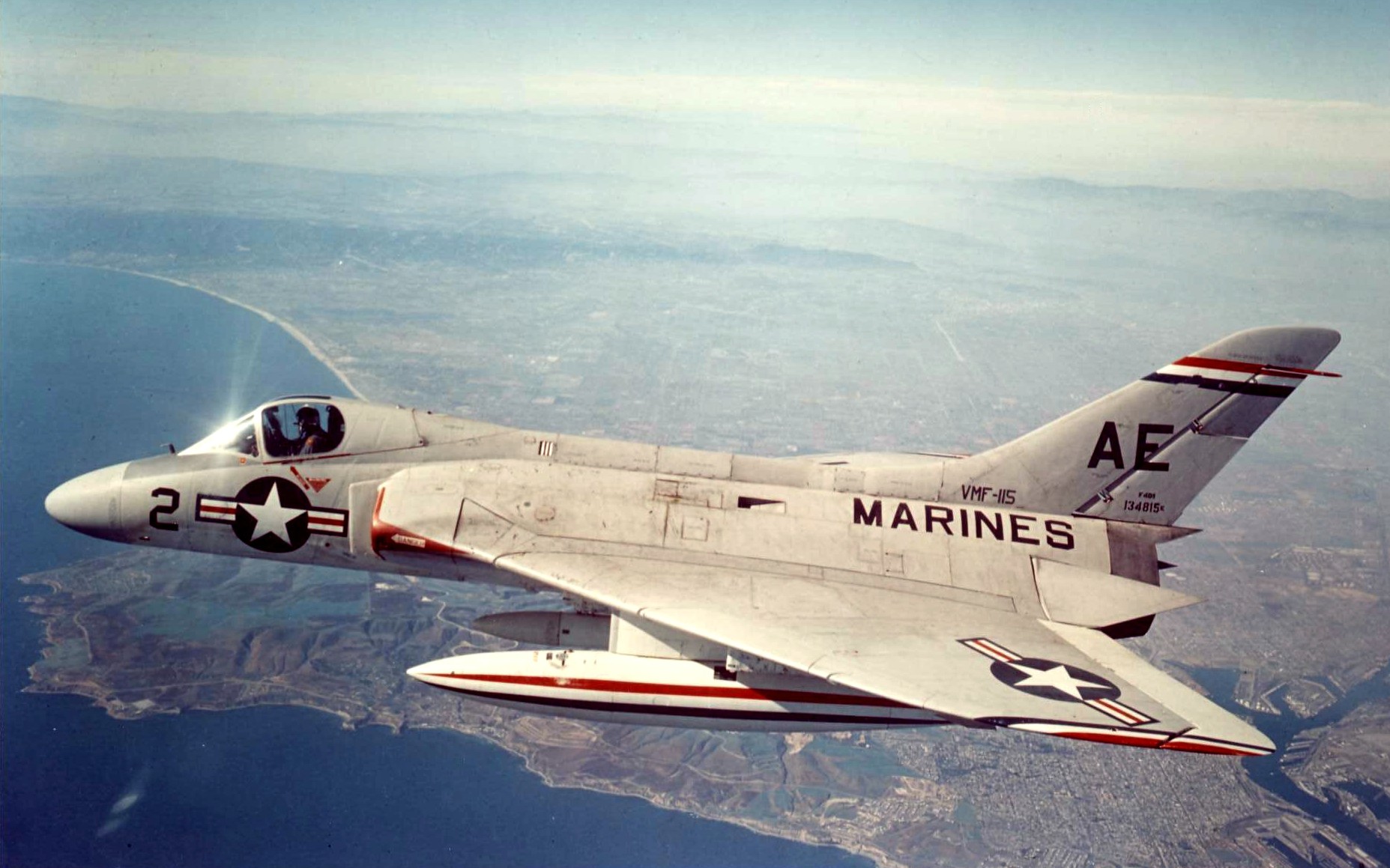 Its unique design also played a part in making the Skyray one of the best-known early jet fighters. It was affectionately known as the “Ford” (after the “Four” and “D” of its designation). In 1953, Edward H. Heinemann was awarded the Collier Trophy in recognition of his design work on the F4D