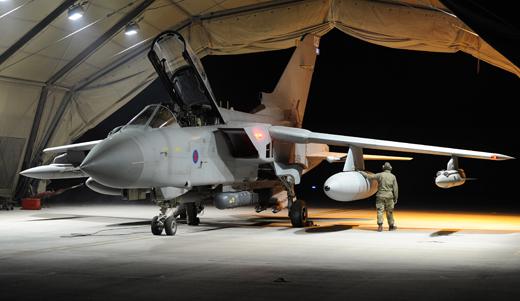 It was born in battle, created to carry out one of the most daring raids of World War II. Now, more than 70 years later, the Royal Air Force squadron known as “The Dambusters” have flown its final mission.

“Today, in the skies over Afghanistan 617 Squadron completed its last flight as a Tornado Squadron. It is fitting that this milestone event occurred on Operations, delivering decisive air power much as our forebears did in 1943. Back then the Squadron was employed on offensive operations whereas today we’re trying to set the conditions for enduring security and peace. I think there are many parallels – the team spirit that existed back then endures to this day and I think the focus on getting the job done is exactly the same.”

For the complete story by Lesley Woods of the RAF, click here.