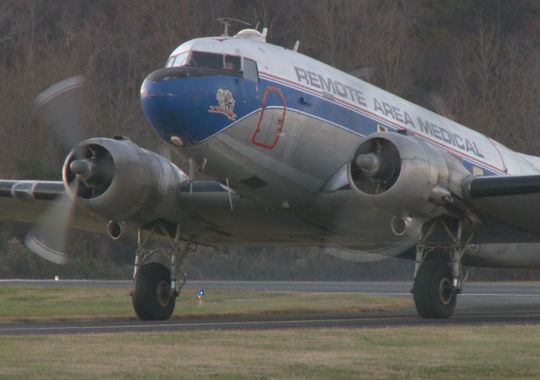 For more than 20 years, Stan Brock has taken to the skies from the Downtown Island Airport in Knoxville, Tenn., in an old Douglas C-47 aircraft. Brock and other volunteers with the group Remote Area Medical (RAM) have used the plane as a heavy lifter to deliver the gift of healing medicine from above.

“There’s no such thing as a routine flight in this aircraft,” said Brock. “It gives us the ability to parachute a team of medical workers into some isolated area along with medical supplies.”

Brock launched Remote Area Medical in the early 1990s as part of a personal mission to provide free medical services to isolated and rural areas where people are in desperate need of healthcare. The volunteer group now has several aircraft at its home base in Knoxville. The donated C-47 is the first, the biggest, and the oldest plane in the fleet. It originally served as a wartime workhorse when it was built in 1943.

For the complete story by Jim Matheny of WBIR-TV, click here.