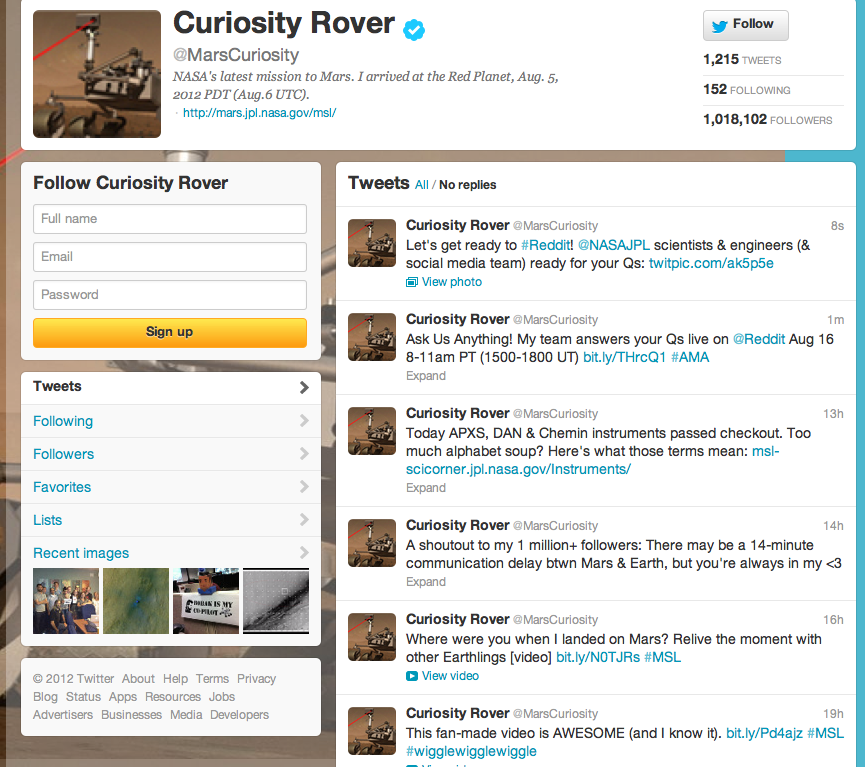 Last week NASA successfully landed a rover named “Curiosity” on Mars, and created a twitter account.  This is NASA’s official Twitter account for the rover, and it will be tweeting it’s daily missions and will keep the world posted on it’s objectives on the red planet.  Check out some of the tweets from the rover so far, below.

Where were you when I landed on Mars? Relive the moment with other Earthlings bit.ly/N0TJRs #MSL

A shoutout to my 1 million+ followers: There may be a 14-minute communication delay btwn Mars & Earth, but you’re always in my <3