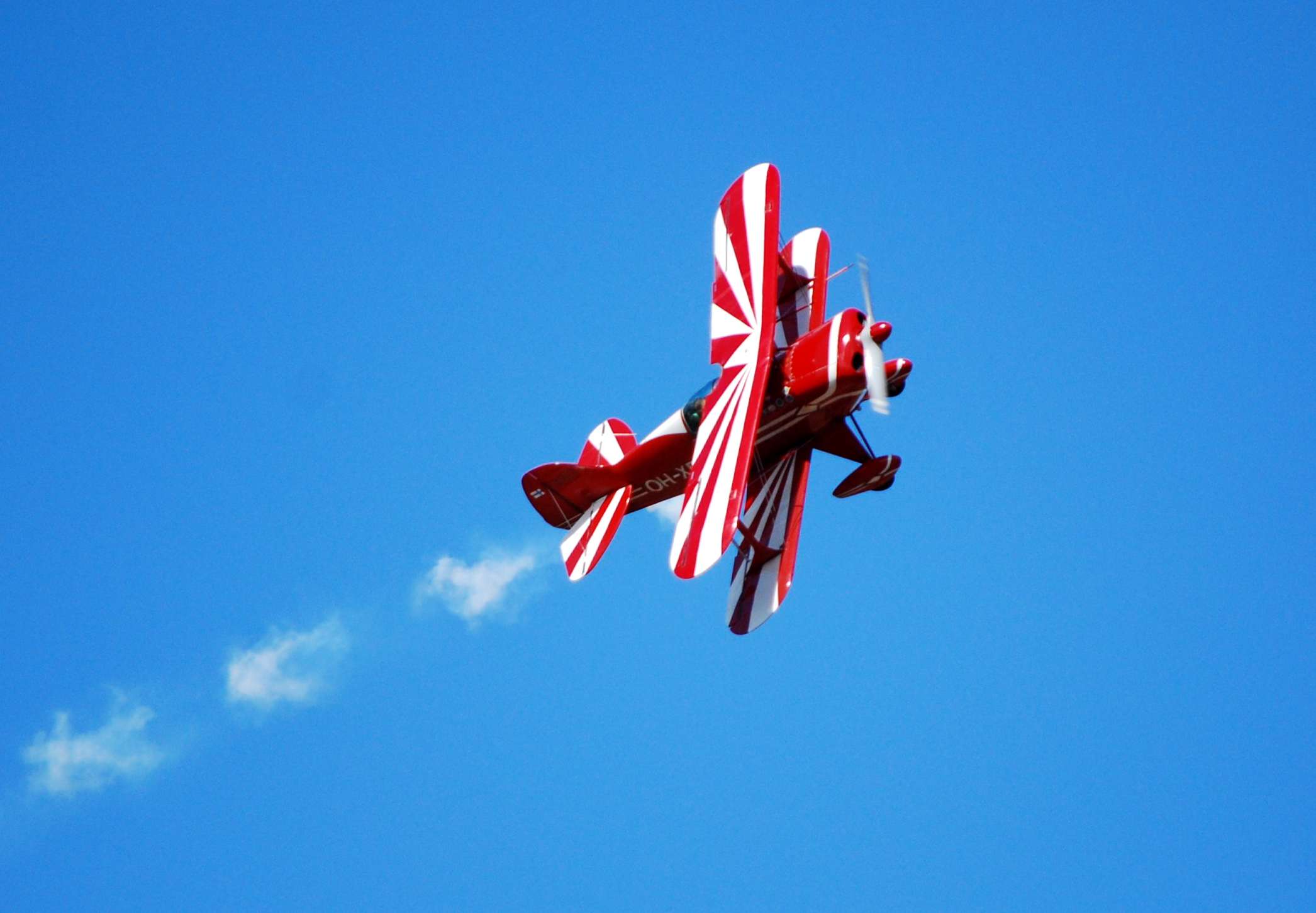 Two weeks after a fatal crash at a Moontown, Ala., airport fly-in, at least 2,000 people turned out for the Courtland Air Show on Saturday, showing the enduring popularity of such events.

George “Bud” Myers, 74, the former owner of Moontown Airport, and Chris Schmitt, a 17-year-old student pilot, were killed when the plane they were riding in crashed during the Moontown Grass Field Fly-in on Sept. 16. The two were flying in a four-plane formation shortly before the Russian Yak-52 went down in a field near the Moontown Airport.

Jim “The Hurricane” Achord doesn’t dismiss the idea that flying aerobatics at low altitudes is dangerous. He did say Saturday, however, that the pilots at the Courtland Air Show were highly trained and in control.

“It’s like playing music, if you know what you’re doing,” said Achord, the director of the Courtland Air Show and an Air Force veteran. He had just flown his own stunts in his Pitts S-1S airplane and was watching Greg Koontz of Asheville cut a ribbon held 30 feet off the ground with his Bucker biplane.

For the complete story by The Huntsville Times’ Pat Ammons, click here.