Ever wonder what an editor’s office looks like? Well, as a lifelong “accumulator” of neat stuff (as opposed to a “collector” in which a theme or direction is connoted), I wholeheartedly admit that my larger-than-normal office has the moldy ambience of a hoarder’s disheveled living room. Rather than piles of discarded clothing and grandma’s kitchen castoffs, however, every inch of wall space and half of the floor is given over to random items that usually have some sort of historical connection to aviation. I have been told it seems like a hermit’s museum, with the large-screen computers looking out of place.

With half a century of continually keeping my eyes open for stuff that tickles me, I’ve perfected the ability to quickly scan a garage sale, swap-mart table, or gun show and spot the stuff that belongs in my office. There is no noticeable theme that ties all this stuff together, except for the fact that none of them were found where you’d expect them to be. They followed me home because I stumbled across them and the price was right. Simple as that.

The 250-pound practice bomb in the corner was standing outside a tiny antique store in a tiny town in Kansas. I was roaring through on my way home from college, saw it, screeched to a halt, dropped a $10 bill on the owner, bought some rope, tied it to the roof of my highly customized 1950 Ford Club Coupe, and went on my way. 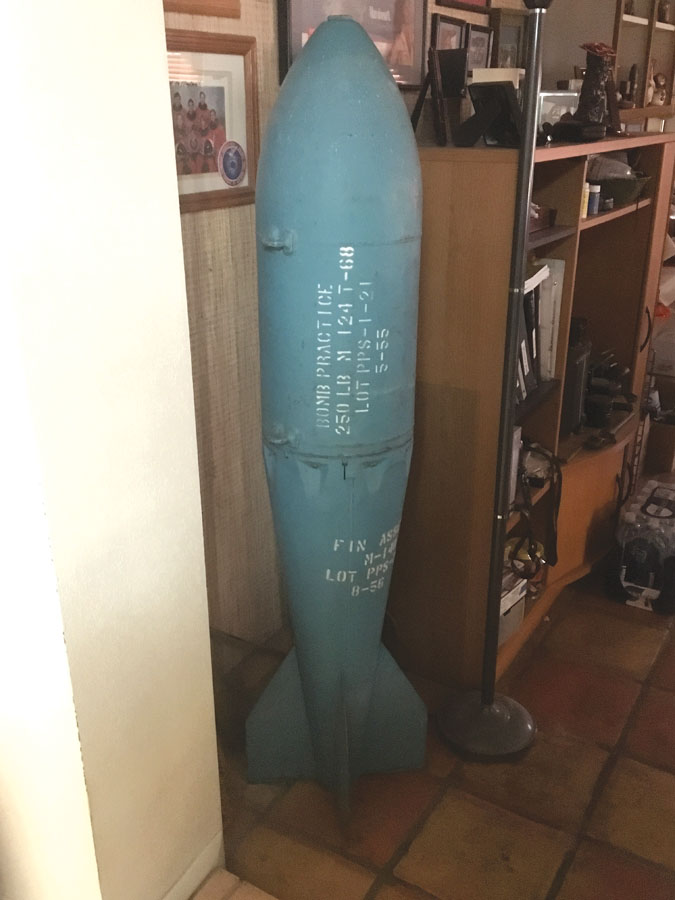 The framed NR869E was lying under a table at a swap meet. I accidentally kicked it, and it fell over, revealing itself. My heart stopped when I saw it. “NR” meant it was one of the few licensed racers of the 1930s. Jimmy Mattern’s signature on it told me it was part of the rudder of the Lockheed Vega he crashed in Siberia in 1933 trying for an around-the-world record. $75 well spent. 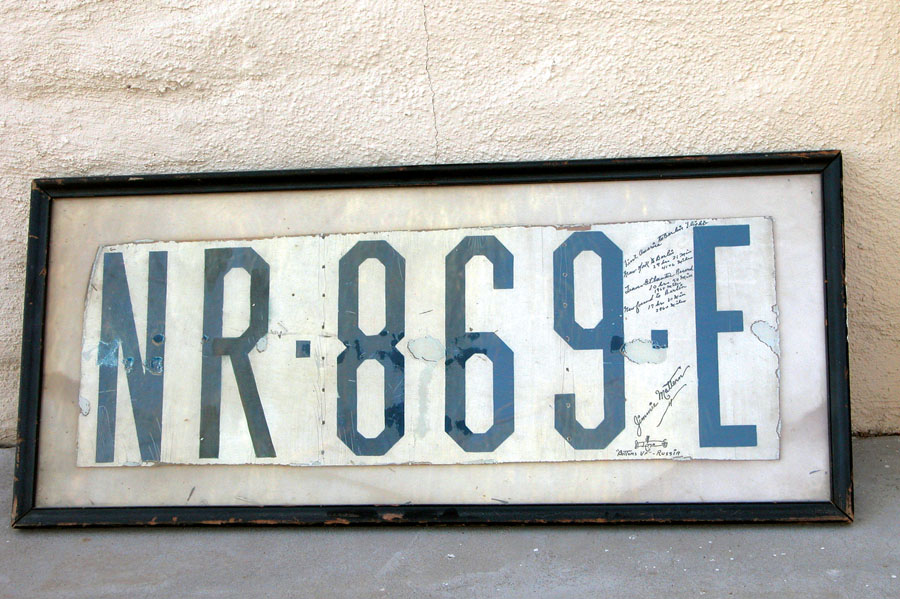 The NR2Y was given to me at Oshkosh by an old gentleman who thought I should have it because I was building a flying replica of Benny Howard’s 1929 “Pete” racer, which originally wore that number. As a teen, he was standing in the shop when the airplane was being rebuilt, and the owner ripped the tail fabric off the airplane and said, “Here, kid. Keep this.” And he did. He was about 85 when he handed it to me. It was one of the biggest compliments I’ve received in my life. 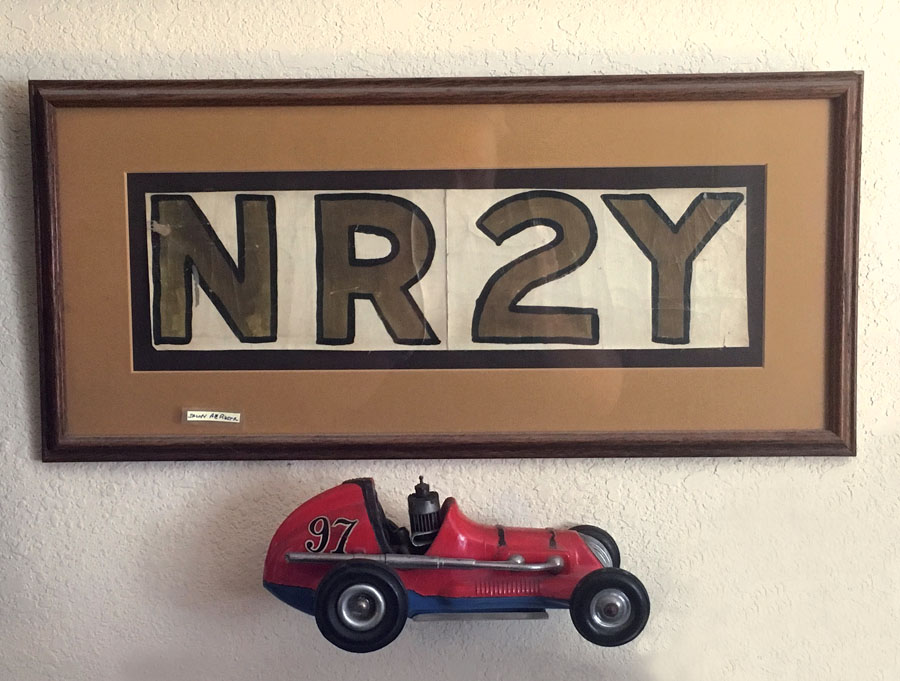 The big Sensenich propeller was standing in the corner of a Nebraska hardware store when the owner saw me studying it. He said, “That looks like something you should own.” He was right. It was brand new and the numbers revealed it was originally designed for the UC-78 “Bamboo Bomber,” but it is doubtful many flew with those old clubs. The airplane wasn’t a stellar performer to begin with, but it couldn’t have gotten out of its own way equipped with wood props.

The gunsight shelf features a computing sight from the ball turret of a B-17. I found it under a table at a gun show. The owner didn’t know what it was and didn’t care. Fifty bucks! The K-14A computing sight from a Mustang was in a pile of miscellaneous stuff at an antique swap meet. Ten bucks! The Mk. 8 Navy sight, possibly from a Hellcat, was in a garage sale down the block from my house.

And the beat goes on, from one corner of my office to the other. Wall-to-wall memories! Sometimes, late at night, I feel as if I can almost hear some of the pieces telling their tales to me.

The point to all this is that it’s amazing how often little tidbits of aviation history will pop up in our everyday lives. All it requires is that you keep your eyes open for the unusual and unexpected. It also helps if you marry someone who can tolerate a hoarder. I have. 