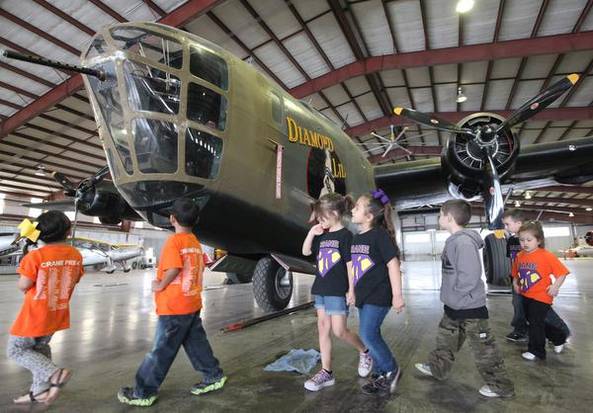 Prospects are looking up for Dallas Executive Airport.

The city’s long-languishing airport will become the new home of the Commemorative Air Force. The nonprofit’s move to southern Dallas, which will include its national headquarters and “a major new visitor attraction” and air show, is expected to be announced Tuesday at a news conference with a dozen vintage warplanes on the runway.

Officials declined to discuss details of the planned move, but the organization reportedly plans to build a museum and base planes at the former Red Bird Airport. The addition dovetails with the city’s efforts to increase activity and development at Dallas Executive. City officials hope the airport in turn can spur economic growth nearby.

For the complete story by Roy Appleton and Diane Jennings of The Dallas Morning News, click here.

Photo by Ryan Evon of the Odessa (Texas) American