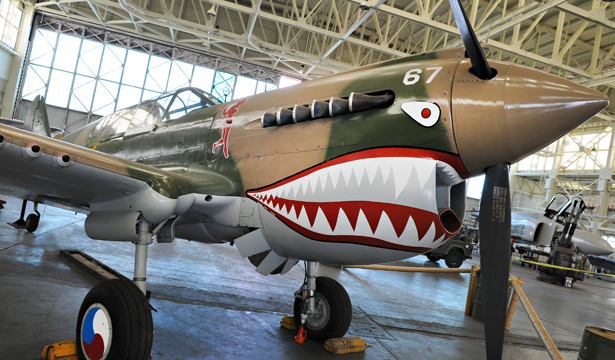 Spread across two hangars and some open tarmac on Hawaii’s Ford Island, in the middle of Pearl Harbor, is the Pacific Aviation Museum. This collection of World War II and newer aircraft is a must-see for any airplane buff headed to Honolulu.

From a Japanese Zero to a B-25, an F-5 to an F-104, there are a ton of cool planes to check out. The best part is you can get right up close to most of the aircraft. Also, they let me take a bunch of pictures.

The majority of the museum is in two hangars. The first, Hangar 37, houses the ticket office, gift shop, canteen, and a collection of WWII aircraft. Specifically, and not surprising given the location, this area is set up to talk about Pearl Harbor and the subsequent battles in the Pacific, including the Battle of Midway and the Doolittle Raid.

For the complete photo essay by Geoffrey Morrison of CNET, click here.