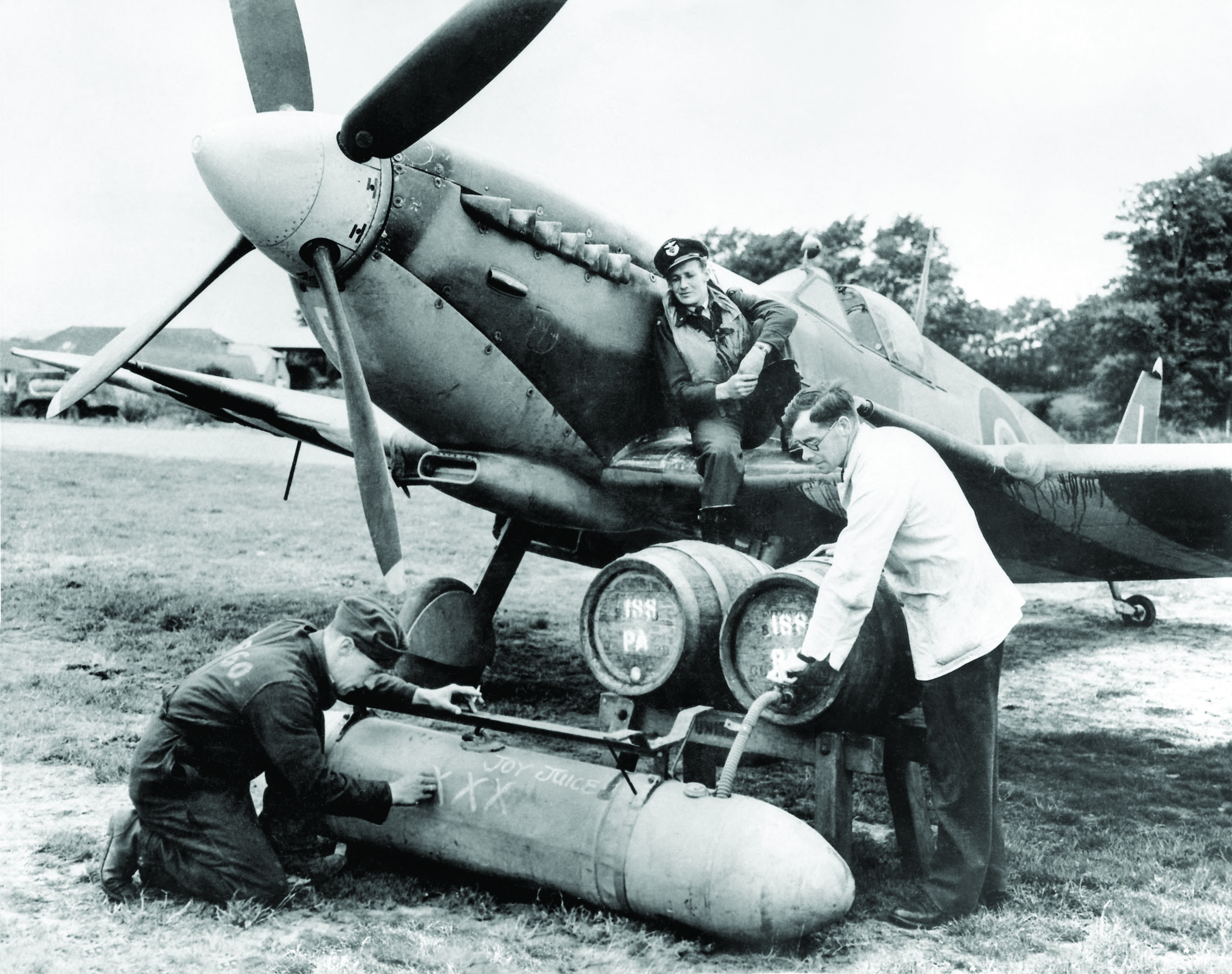 Does this picture really need explanation? It’s unknown whether the Axis routinely ferried beer to the front lines in drop tanks, but, reportedly, most of the Allied powers did. What’s more, it wasn’t unusual to top off a Mustang’s or Thunderbolt’s drops with beer, then have the pilot take a trip up to 30,000 feet to cool it off for the rest of the squadron. Sort of a “mercy mission.” In support of the troops and all that.

There are no reports of suds-equipped fighters getting bounced by the bad guys, while so equipped, but it can be imagined, the response of the locals, when a lager-ladened drop tank had to be jettisoned in haste. It would spew its contents every direction on impact raising logical questions: “I say, old chap, I thought those kites ran on gasoline. No wonder beer is being rationed.”

The photo is most likely a publicity stunt for “Watney’s Red Barrel” beer, a popular brand during WW II. The pilot, thought to be a “Cloggy,” as the Brits affectionately called the Dutch, appears to be casting a covetous eye on the proceedings.