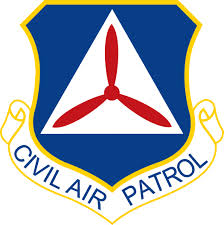 When Hurricane Sandy ravaged the state’s coastline, a team of New Jersey’s Civil Air Patrol pilots flew hundreds of flights to photograph destruction from the air and give government agencies and homeowners a glimpse of the storm’s toll. The mission is just one example of the work performed by the nonprofit organization, an auxiliary of the U.S. Air Force that provides aerospace education and military-style leadership training, and whose volunteers provide a number of emergency services, including response to downed aircraft by air and ground to assist responders and investigators.

Col. Steven Tracy, a Jackson resident and the newly appointed commander of the organization’s New Jersey Wing, said he is trying to use his new post to help bolster membership and recruitment for Civil Air Patrol programs, as well as raise the organization’s profile. “For many years, we have been known as America’s best-kept secret,” Tracy said. “It is a shame that we are not as well-known as we should be.”

New Jersey is the birthplace of the civilian organization, which has more than 62,000 volunteer members nationwide. It was started in December 1941, one week before the Japanese attack on Pearl Harbor, by more than 150,000 citizens who were concerned about the defense of America‘s coastline, according to the New Jersey Wing’s Google news website. The organization’s first missions were launch from “Coastal Patrol Base No. 1,” located at Bader Field, just outside of Atlantic City, according to the website.

For the complete story by David Karas of NJ.com, click here.