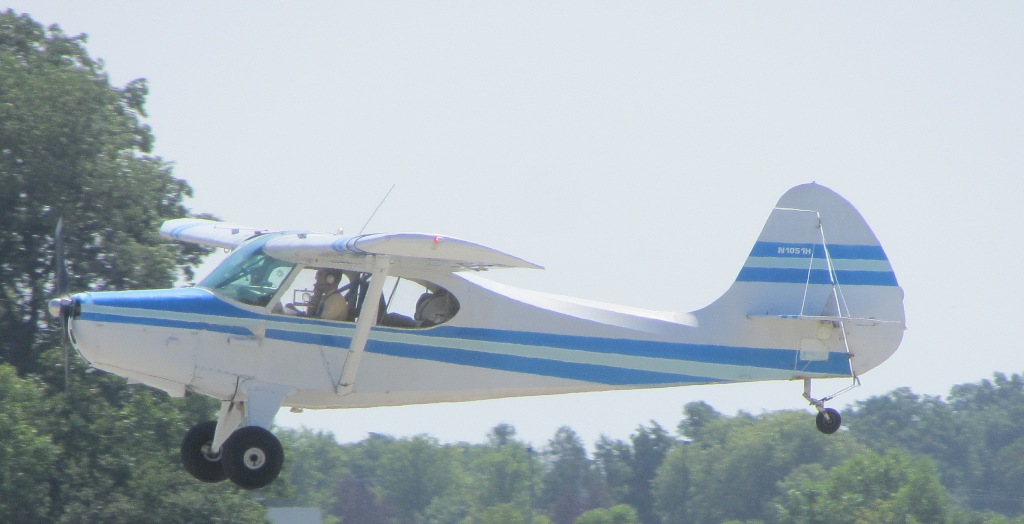 Exactly 63 years after the City of Yuma Aeronca Sedan remained airborne for a record-setting 1,124 hours, a dedication will be held at Yuma City Hall where the historic aircraft is now on display. Having adorned the City Hall lobby for several months, the airplane is now part of a full display commemorating the 1949 endurance flight — making it all ready for an official dedication at 3 p.m. on Oct. 10.

The display also includes audio/video presentations, a kiosk teaching visitors about the flight and its significance to Yuma, and a 3-D wall hanging illustrating a refueling run.

And for the occasion of the dedication, a car much like the 1948 Super Buick convertible that served as the refueling car for the flight is on loan to the city for a couple of weeks. The car, owned by George and Shirley Murdock, was driven into City Hall Wednesday morning and parked in the shadow of the plane on display overhead.

For the complete story by the Yuma Sun’s Joyce Lobeck, click here.