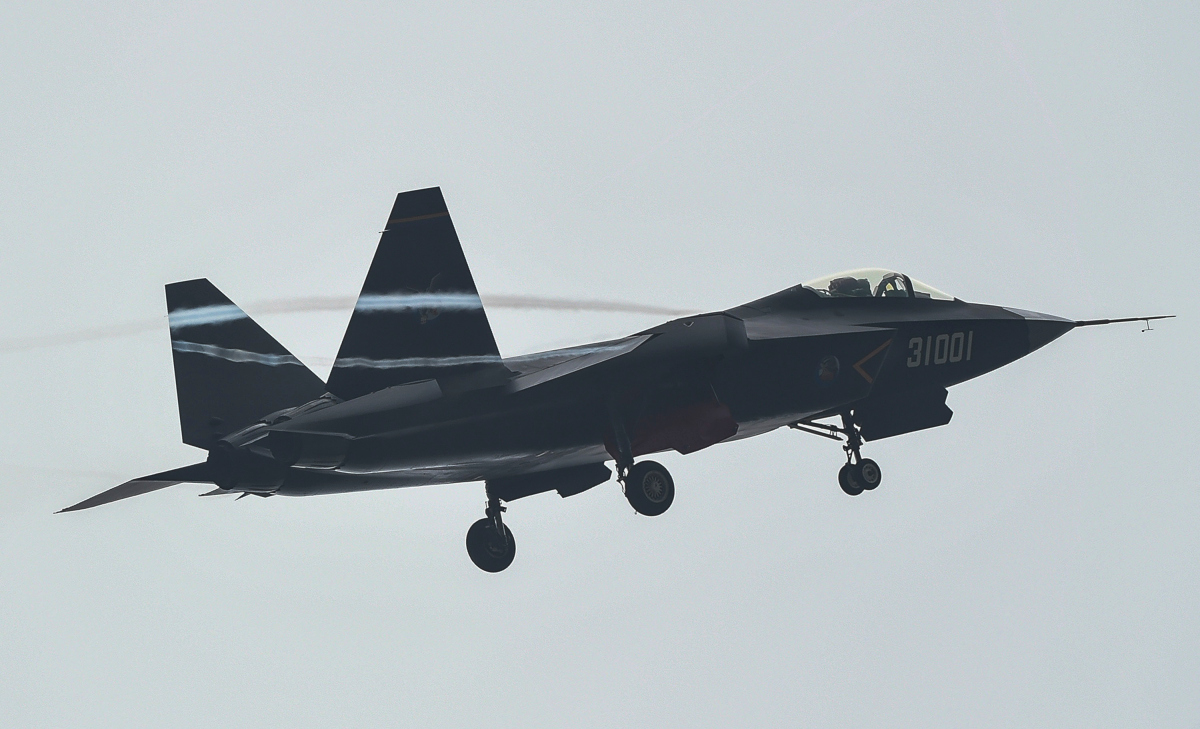 The big curiosity at this year’s Airshow China was the prototype Shenyang FC-31 fighter that was making its first public appearance. Previously billed as the J-31, the stealthy-looking aircraft first flew two years ago. It is a smaller complement to the Chengdu J-20, which was the first of the PRC’s new stealth aircraft.

Although the aircraft has a configuration that resembles the American fifth-generation fighters, it is not yet possible to know just how successful the Shenyang design team has been in developing an aircraft with a low radar cross section. The proficiency of the Chinese aerospace industry in radar-absorbent materials (RAM) technology, and its ability to minimize both radar and infrared signatures, remains unknown.

The FC-31 is powered by two Russian-made Klimov RD-93 engines, which are a specialized variant of the MiG-29 powerplant There have been rumors that a team of Mikoyan designers assisted Shenyang in the development of the aircraft. Senior MiG officials deny this and state that the design is completely Chinese.

For the complete story by Reuben Johnson of AINonline, click here.