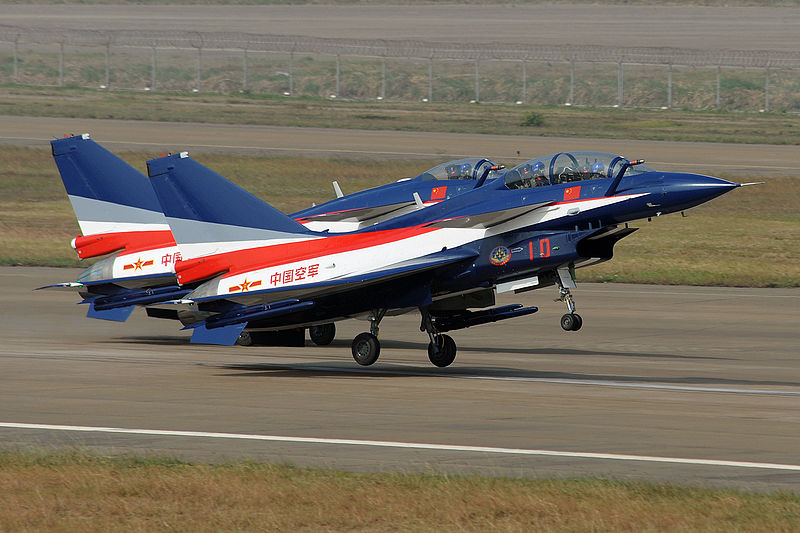 The August 1st Air Demonstration Team, China’s first and best-known aerobatic flight display team, will stage its first overseas show in Moscow with Chengdu J-10 jet fighters, which will fly outside China for the first time.

An unidentified number of J-10s from the aerobatic team, part of the People’s Liberation Army Air Force, left an airbase in northern China on Sunday morning and began their journey to Russia, according to a statement on the Defense Ministry’s website on Monday. The team will join its Russian counterpart at the MAKS 2013 International Air Show at Ramenskoye Airport near Moscow from Aug. 27 to Sept. 1.

The J-10s, single-engined fighters with canards and delta wings, will make stops on their way to Moscow, said a publicity official with the People’s Liberation Army air force who is familiar with the mission and refused to be named.

For the complete story by Zhao Lei of the China Daily, click here.