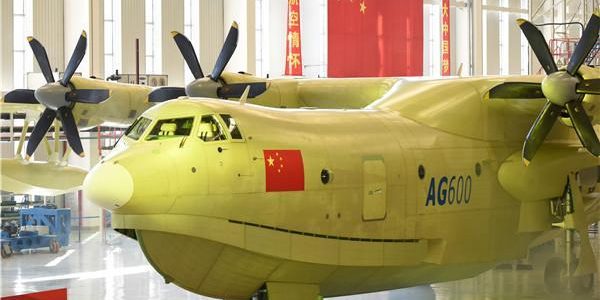 The massive aircraft will be used to fight forest fires and perform maritime rescue missions, the government said in a statement that called the aircraft “a milestone for the country.”

It is the world’s largest amphibious aircraft, the government said, and is about the size of a Boeing 737. It has a maximum takeoff weight of 53.5 tons and a max flight range of about 2,800 miles. The 121-foot long aircraft also has a maximum endurance of 12 hours, the state-run Xinhua news agency reported.