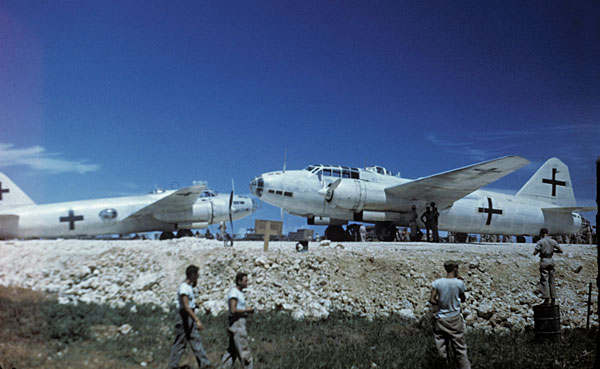 By mid-August 1945, the Japanese Empire was near collapse. Months of sustained bombing and two atomic attacks had devastated its prime cities and a widening blockade was strangling its faltering war industry and starving citizens. But Tokyo’s ingrained militaristic “fight to the death culture” still held sway, and an all out invasion seemed inevitable. Fortunately, the revered Emperor Hirohito intervened amid attempts to thwart his absolute authority, and on August 15th he broadcast his first public address to an astonished populace. The Imperial Rescript on the Termination of War signaled an end to hostilities, but much was left to accomplish. As word reached General Douglas MacArthur’s Allied headquarters in Manila, plans were quickly put into place to accept Japanese envoys to formalize the details of the unconditional surrender and occupation. Two direct broadcasts from Manila were soon beamed back to Tokyo acknowledging Japanese intentions and providing further contact and specific flight and arrival plans for Japan’s official delegation. On the morning of the 19th, two unarmed Mitsubishi G4M1 Bettys, painted in white with green crosses of peace replacing the honored Hinomarus, began their journey from Tokyo. Initial transit to Southern Kyushu was followed by travel to the Okinawa island of Ie Shima where they rendezvoused with B-25s from the 345th Bomb Group “Air Apaches” and a top cover of P-38s from the 80th FS to dissuade trickery or rogue interference. Given the radio call signs “Bataan I and II”, the Bettys touched down on the 7,000 ft. coral runway around 1 p.m. and taxied past a dual line of armed soldiers at parade rest, further cementing their condition of capitulation.

Directed to a revetment by a waiting C-54E, the surrender delegation of 16, including members of the military and civilian government, were led by General Torashiro Kawabe representing Army Chief of Staff General Umezu, who refused to participate. Using the C-54 for shade, the group was briefed by the island commanders before boarding the Skymaster for the long flight to the Philippines and a face-to-face the next day with their former nemesis, General MacArthur, at his headquarters in the ruined Manila City Hall. The Betty flight crews were interned overnight until their delegation returned late the next day, but the departure of “Bataan II’ was truncated by a taxiing incident that damaged its landing gear and delayed its movement. The full delegation then boarded “Bataan I,” departing after 6 p.m., again escorted by the 345th’s B-25s. Incredibly, an undiscovered fuel leak and the incorrect conversion of liter to gallon refueling at Ie Shima left the aircraft short of gasoline and forced a night landing in shallow water 130 miles from its planned landing, almost drowning the surrender documents! Fortunately for all, the passengers were able to wade to shore and then took a train back to Tokyo, arriving on August 21st. American occupation forces began arriving on the main island on the 28th as the Allied fleet sailed for Tokyo Bay and the official surrender ceremony on the USS Missouri on September 2nd. The long Pacific nightmare was over.