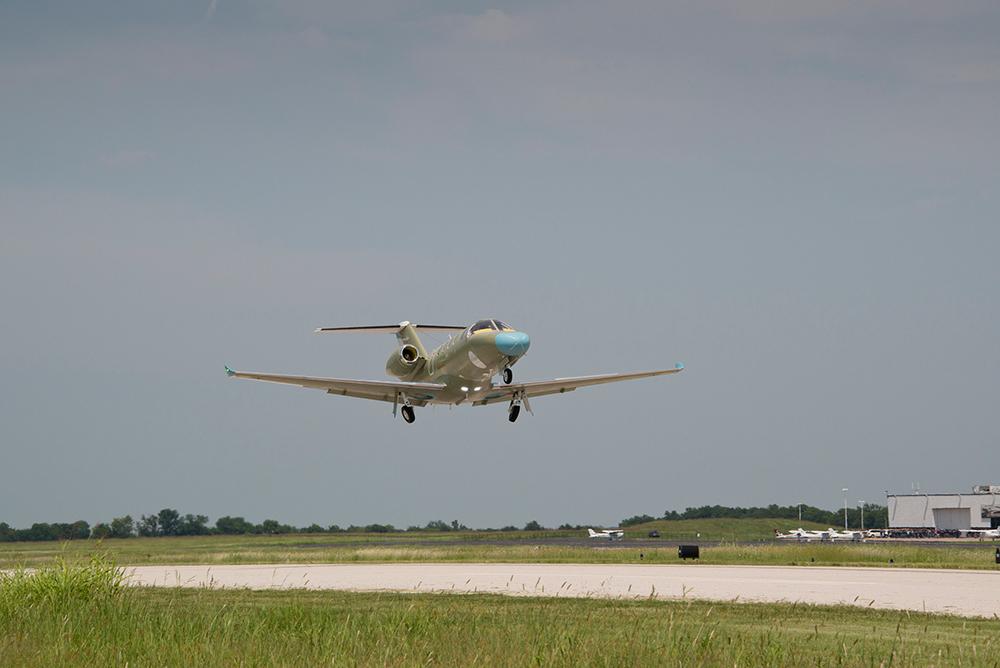 Cessna took the first production version of its latest Citation, the M2, to the skies from the company’s facility in Independence, Kan., where the twinjet will be produced alongside the Citation Mustang and Cessna’s single-engine products.

“This is the first aircraft equipped with the Garmin G3000 avionics, and the system goes beyond what people might be expecting in terms of familiarity, versatility, situational awareness and ease of use,” said Martindale. “You can sense that pilots designed the cockpit. Everything is where you need it to be.”