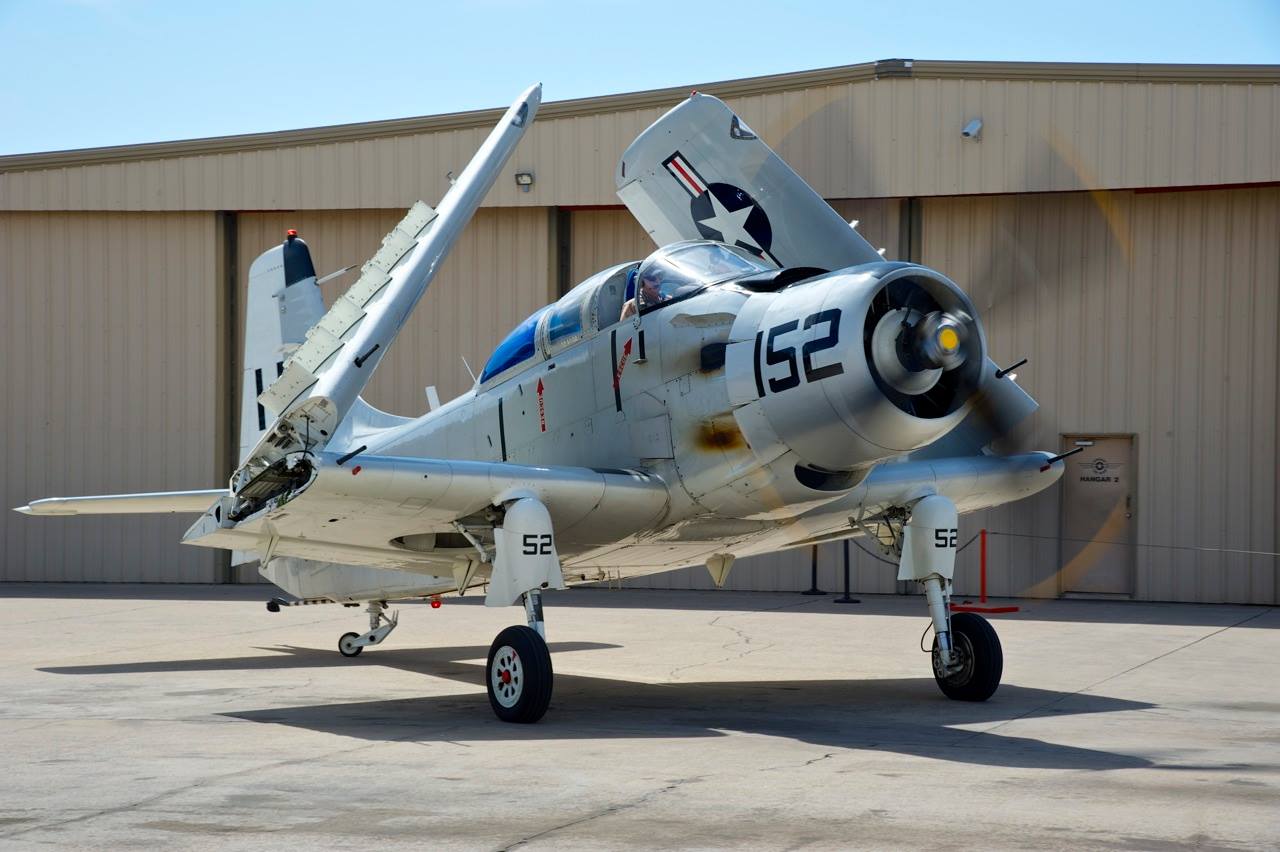 The Cavanaugh Flight Museum’s Douglas AD-5 Skyraider left Texas Tuesday to join the Commemorative Air Force’s Boeing B-29 Superfortress “FIFI” on the CAF AirPower History Tour in Florida. The Skyraider, owned by the Addison, Texas-based museum, will be at Lakeland, Fla. today and Thursday, then on to Titusville, Fla., for the TICO Warbird Airshow this weekend.

The plane, given the bureau number 135152, was delivered to the U.S. Navy in 1955. It served with Carrier Airborne Early Warning Squadron Twelve (VAW 12) from November 1956 through December 1960. The next assignment was with Carrier Airborne Early Warning Squadron Eleven (VAW 11) from May 1961 through November 1962. It was retired from Navy service in 1963. In 2008, the museum added 135152 to its collection. The paint scheme is representative of AD-5s serving in the USN.