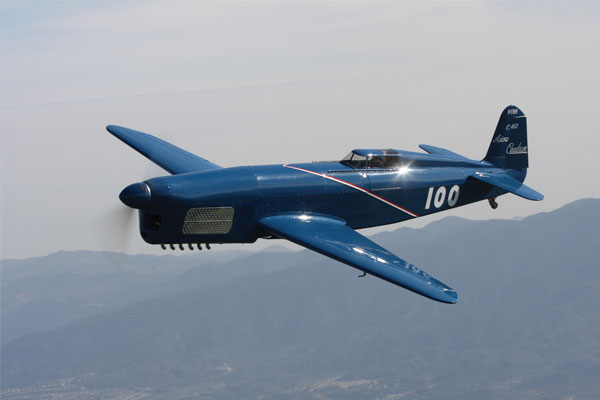 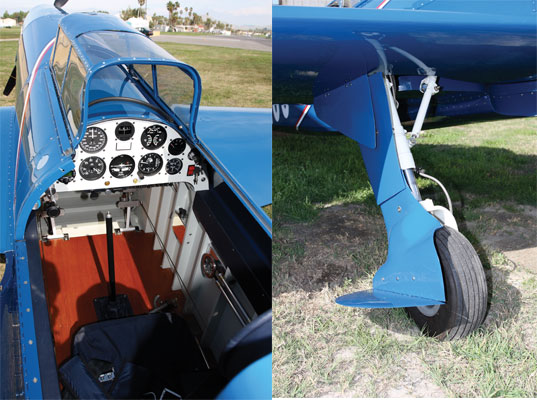 Above left:  When Mark Lightsey replicated the C.460, plans were nonexistent so he relied on period photographs for details and engineered the remainder.  Above right: The landing gear fully retracts and the articulated doors seal the wheel wells. 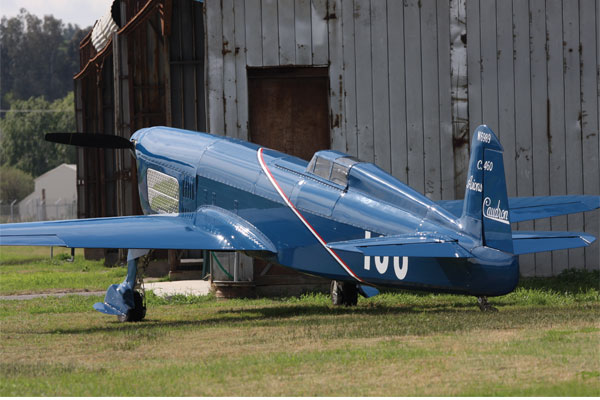 Above: The pilot sits well back in the fuselage to balance the engine, which limits his visibility on takeoff and landing. The wings, fuselage and tail are all-wood construction. 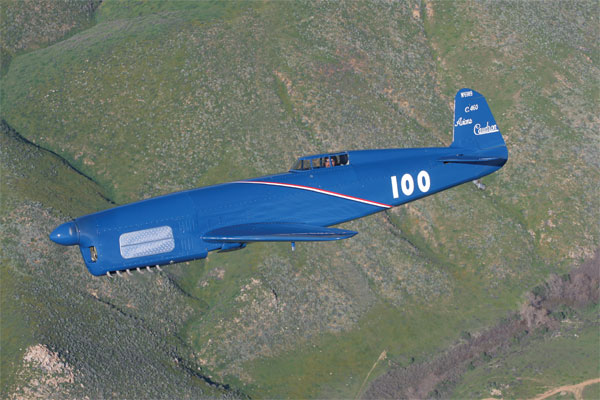