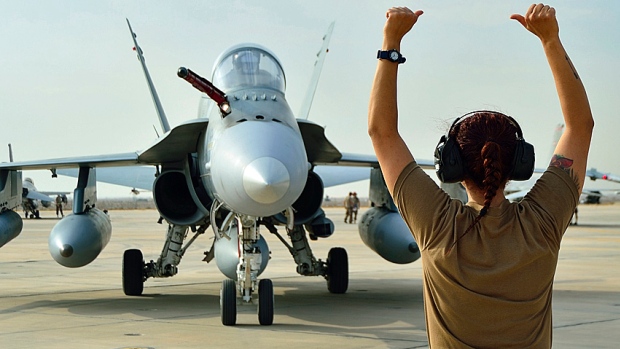 The Canadian military conducted its first airstrike on an ISIS target in Syria Wednesday, according to the Department of National Defense.

Two Canadian McDonnell Douglas CF-18s were involved in the airstrike against an ISIS garrison near Raqqa, Syria, the department said in a release. Raqqa is about 100 miles east of the embattled city of Aleppo. The department added that the Canadian Armed Forces aircrew and aircraft have safely returned to base.

A total of 10 coalition aircraft, including six from the U.S., took part in the airstrike. The nationality of the two remaining aircraft was not disclosed.

For the complete story by CBC News, click here.