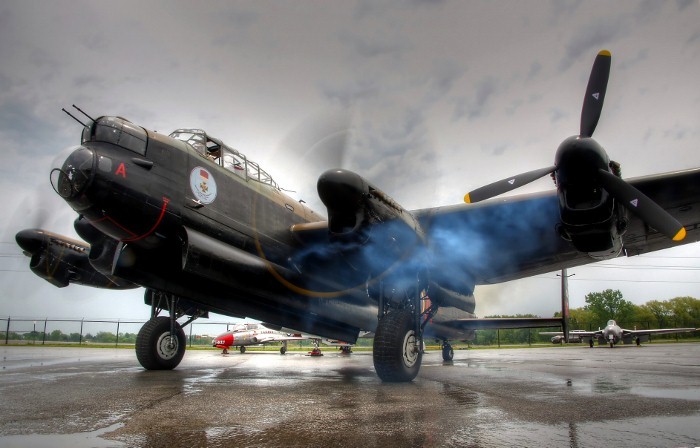 Canada’s World War II Avro Lancaster bomber will soon be heading across the Atlantic to join the only other airworthy plane of its kind for a series of special flights over the U.K.

The Canadian Warplane Heritage Museum in Hamilton revealed Monday that it plans to fly its vintage Avro Lancaster to England in August. Together with the Royal Air Force’s Battle of Britain Memorial Flight (BBMF) Lancaster, it will be involved in a month-long flying tour in the U.K. before returning home to Hamilton in September.

“To see these two aircraft flying at events together will be a unique sight, and also the opportunity to truly commemorate those who paid the ultimate sacrifice,” said Squadron Leader Dunc Mason, the officer commanding the RAF Battle of Britain Memorial Flight.

For the complete story by Ian Johnson of CBC (Canada) News, click here.

Photo by Kool Shots via warplane.com