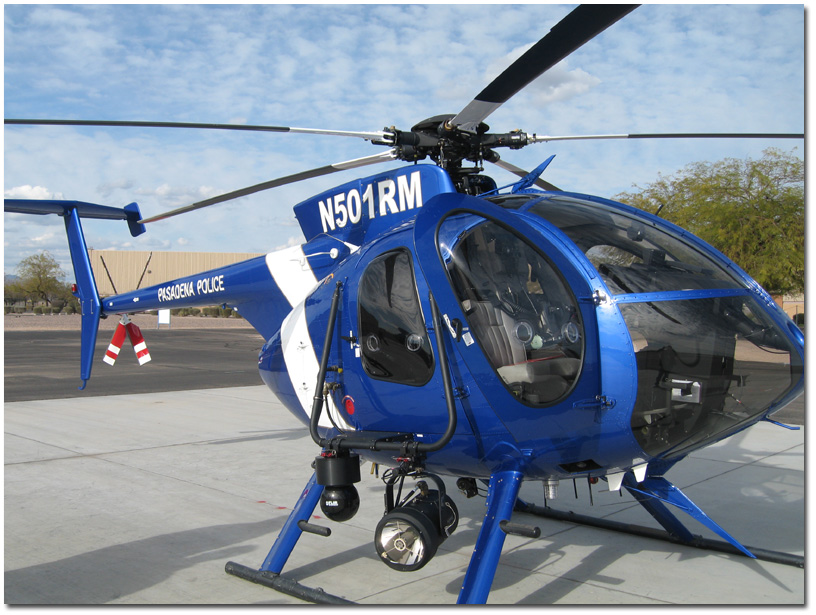 A Pasadena, Calif., police helicopter crashed Saturday afternoon after hitting another helicopter on the ground, injuring six people, authorities said. The incident at the police heliport occurred when the rotor blades of two aircraft touched, according to the department.

Five police officers and one civilian suffered minor injuries. All six were taken to hospitals with non-life-threatening injuries, according to a department spokesman, and both helicopters were damaged extensively. The aircraft were on duty at the time, one on routine patrol and the other monitoring the football game between USC and UCLA at the Rose Bowl.

The National Transportation Safety Board is investigating the crash.