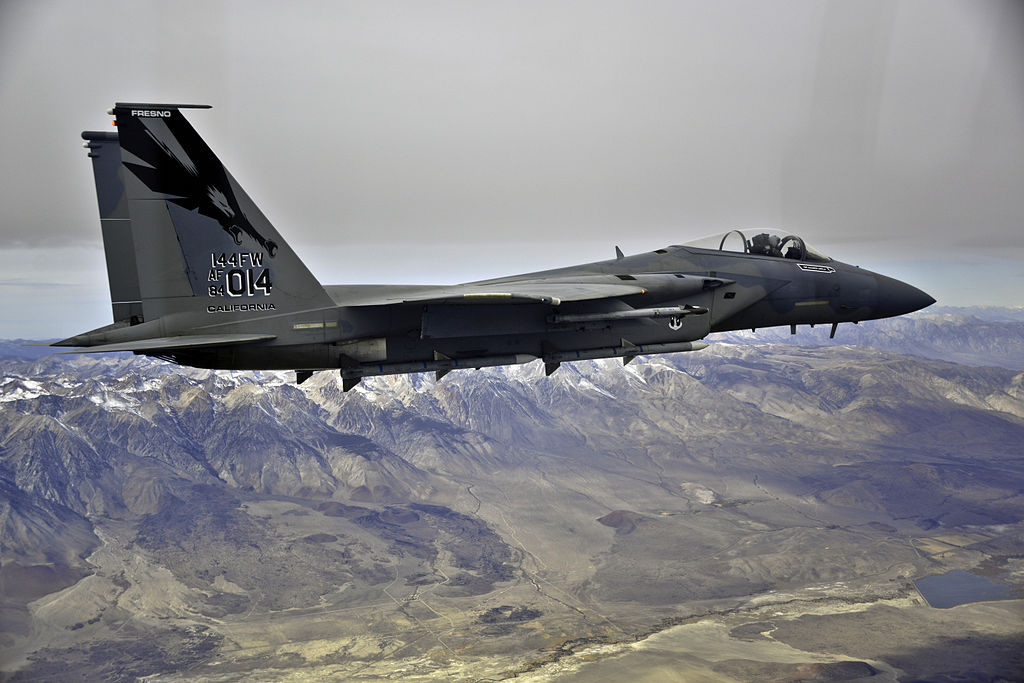 Between the Navy’s Blue Angels, the Air Force’s Thunderbirds, and other various aircraft, flyovers for the Super Bowl have wowed audiences for decades.

This year, the Blue Angels will open Super Bowl 50, at Levi’s Stadium in California with their “signature six-jet Delta formation.” But during the game itself, there will be other aerial backup.

Air Force Boeing F-15 Eagles from the California Air National Guard have been training for weeks leading up to the big game, the Air Force said. The fighter jets will be patrolling the skies for wandering aircraft who have flown into restricted airspaces (on Sunday, the skies above stadium are off limits).

For the complete story by Oriana Pawlyk of the Air Force Times, click here.