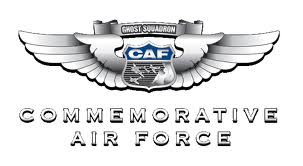 The Commemorative Air Force may move its headquarters out of West Texas but not without facing a fierce dogfight.

The nonprofit group, dedicated to preserving military aviation history and memorabilia, sent Midland-Odessa into a tailspin after announcing plans to move part of the organization to another Texas city, including potential sites in the Dallas-Fort Worth area. The proposed move, to be voted on by members at the group’s annual “AirSho” in Midland in mid-October, has created such angst that the two local papers, historic rivals, decried the proposal in a rare joint editorial.

“If they vote to move it, then they have forgotten the Moses that led them out of bondage,” said an incredulous David Smith, executive director of the Abell-Hanger Foundation.

For the complete story by Diane Jennings of DallasNews.com, click here.