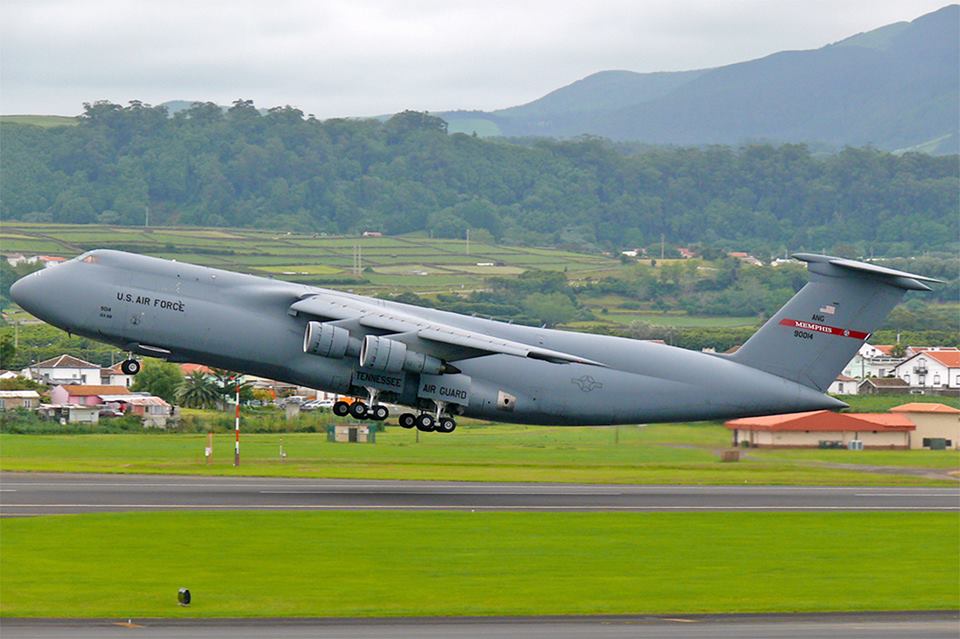 The first factory delivered Lockheed C-5A Galaxy to arrive at Dover Air Force Base in Delaware made the Air Mobility Command Museum, located at the base, its new home today after a short flight from Tennessee. It marks the first time the U.S. Air Force has loaned a C-5, one of the largest military aircraft in the world, to a museum in the four-engined transport’s 45-year existence.

Galaxy 69-0014, last assigned to the 164th Air Wing of the Volunteer State’s Air National Guard, flew from Memphis International Airport amid rainy skies, but was able to make several flybys to an enthusiastic crowd before landing in the early afternoon.

The Galaxy, which went by the callsign Elvis 01 during its final flight to the East Coast, has a fascinating history; in addition to being the first C-5 at Dover, it also participated in testing the feasibility of air launching a Minuteman intercontinental ballistic missile in 1974, according to the museum. Past assignments have included bases on the West Coast and the Great Plains.

The aircraft won’t be towed to the museum ramp until October, but a ceremony is planned for the following month when the Galaxy will be open to the public.

The museum, founded in the 1990s as the only museum dedicated to airlift and air refueling history, is a part of the National Museum of the USAF’s field museum system and the Air Mobility Command is a major command of the service. Featuring a variety of early and modern Air Force transports, the museum also counts among its displays an original Dover AFB control tower cab where visitors can view the collection as well as active runway operations.