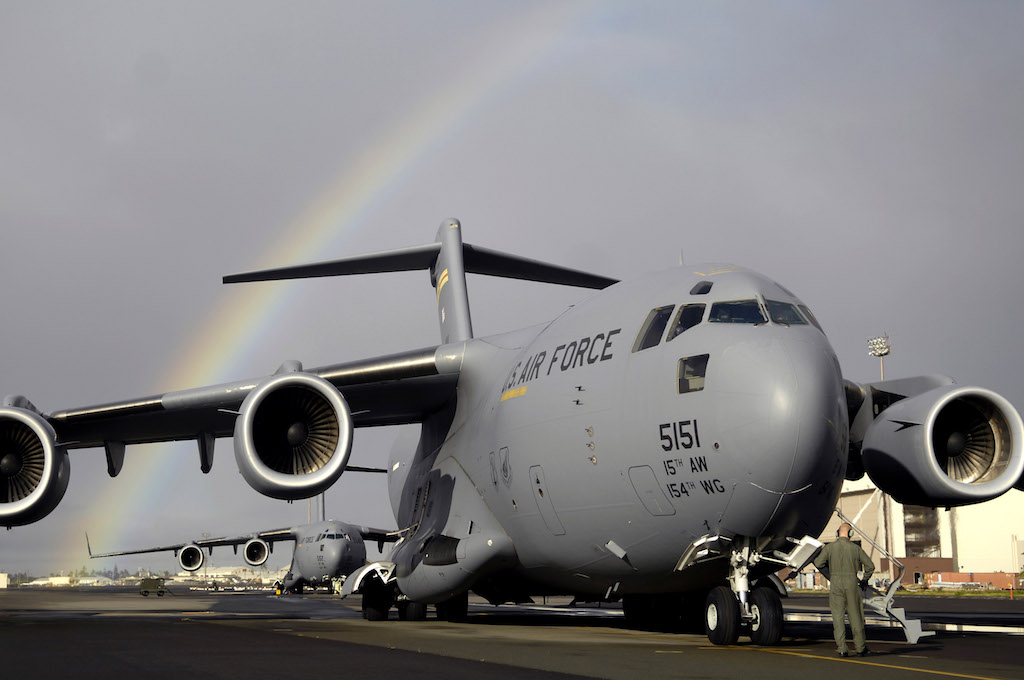 The U.S. Air Force has confirmed it will be part of the flying display next March at the Warbirds Over Wanaka International Airshow for the first time in the 28-year history of the New Zealand event.

The Pacific Air Forces Boeing C-17 Globemaster III Demonstration Team is hosted by the 15th Wing of the USAF at Joint Base Pearl Harbour-Hickam in Hawaii. The visit to Wanaka has been confirmed by Brigadier Gen. Gregory M. Guillot who says the USAF is excited about coming to Wanaka and to be showing off the capabilities of the aircraft.

The  C-17 demo team is made up of four people and being a member of the team requires a high level of experience in the C-17. Veteran pilots who have been instructors, evaluators or aircraft commanders are selected.

Airshows take flying these large aircraft to the next level with precision and speed required to put on a proper demonstration for the public. Although the flying profile is not much different from an operational mission, it is very fast-paced and the pilots need to have additional training to ensure safety and precision flying.

The last involvement by the USAF at Warbirds Over Wanaka was in 2010 when a Lockheed LC-130 Hercules, the polar version of the C-130 cargo plane, attached to the U.S. Antarctica program, was on static display.

The C-17 Globemaster has been suggested as one of the possible replacements for the RNZAF’s aging C-130 fleet.