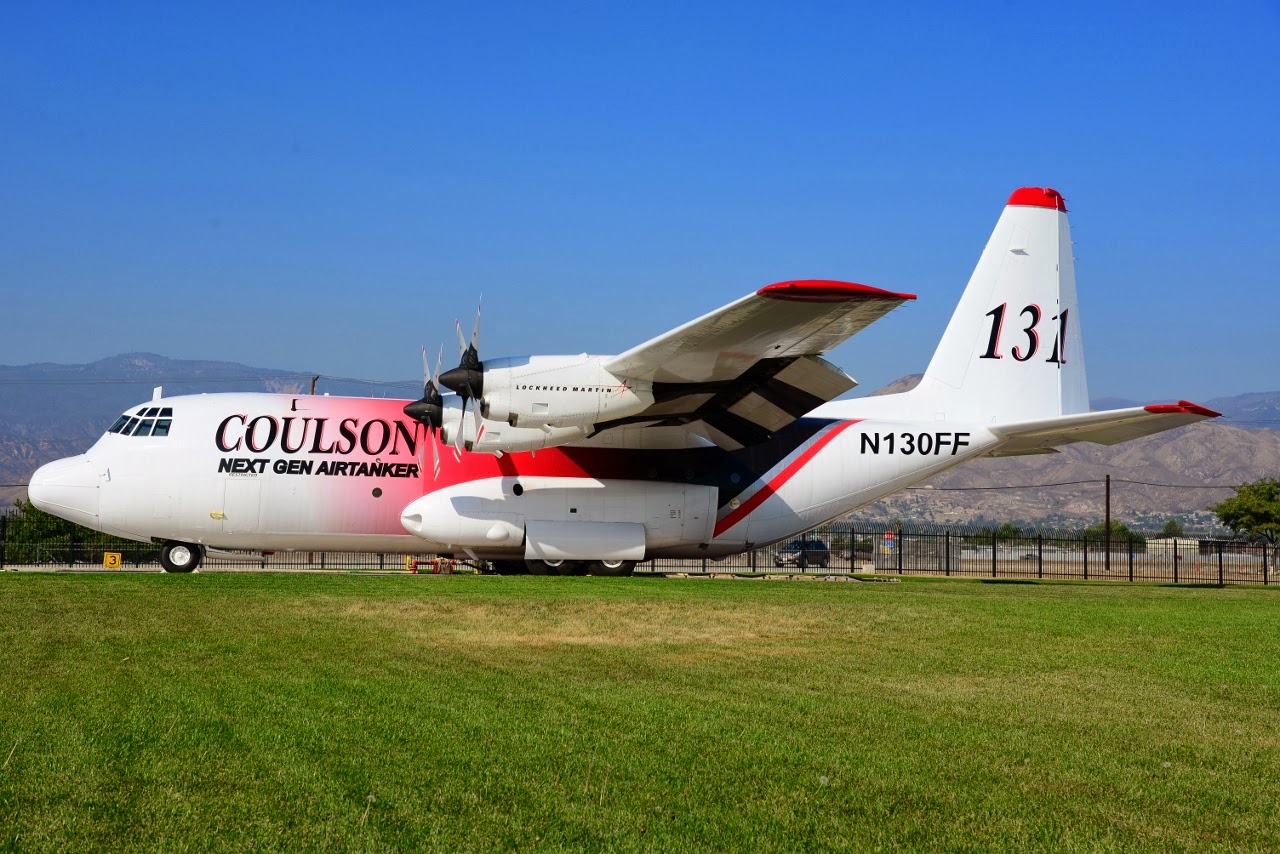 Airport officials welcomed the inaugural flight of the Coulson C-130, a firefighting airtanker to Reno, Nev.

The Coulson Group, an aviation business with operations in California, is relocating to Reno and Friday, airport officials greeted the first arriving flight of the white and red Coulson C-130 to the Atlantic Aviation Hangar on Rock Blvd.

The Lockheed Martin C-130 Hercules has been around since the 1950’s, but this particular model has been modified specifically to fight wildland fires. The massive airtanker costs $12 million when all is said and done and Jim Messer, the chief operating officer of The Coulson Group, says they are working on modifying seven more aircraft to add to the fleet.

For video and the complete story by Madison Corney of KRNV-TV, click here.