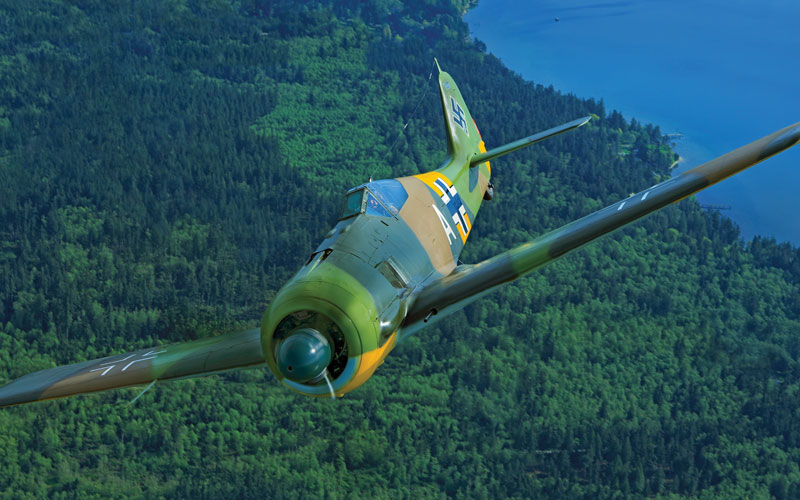 Tale of the FW 190
In August 1941, a new shape appeared over the French coast: a blunt-nosed, elegantly pugnacious profile possessed of startling performance bearing black crosses. It was the product of a two-year program that immediately changed the Channel air war. Britain’s standard Spitfire Mk V could not compete with the Luftwaffe’s new Würger (shrike or “butcher bird”). The bogus report alluded to the Curtiss Hawk 75, an export P-36 that equipped French units in 1939–40. Even as a low-wing radial-engine fighter, the Hawk bore little resemblance to the new Focke-Wulf 190, but the mystery soon was cleared up. Spitfire pilots fought on the defensive for nearly a year until the Mk IX arrived, with an improved Merlin engine with two-stage supercharger. But even then, the new Spit largely matched the FW rather than beat it.