You have probably read accounts about the recovery systems for space capsules. I was an employee in the Flight Engineering Department at Ryan Aeronautical Company in San Diego, California and participated in this and many other aviation projects.

This was a time, beginning after the end of WWII, that no longer exists in the field of aeronautics. It was a time when any conceivable idea found funding and every aircraft manufacturer was building some type of concept aircraft.

Never did I think, growing up in a little Ohio town in the 1930’s, building models of Ryan’s and other airplanes that one day I would be working at Ryan Aeronautical in San Diego, California. But that is where I ended up in 1957.

First: just a little background about Ryan’s history. Ryan Aeronautical became Teledyne Ryan Aeronautical in 1969. Northrup/Grumman Aviation, in turn, acquired that company in 1999 and the Ryan name was dropped. Northrup/Grumman abandoned the facilities located next to San Diego’s Lindbergh Field International Airport. A meager amount of surviving records was donated to the San Diego Aerospace museum, but there is no mention of this “spur of the moment” project.

This report is based solely upon my recollection that I believe to still be accurate after these 60 years.

In June 1961, Ryan along with two other companies, bid on the contract to design and supply the recovery system for the United States first manned space capsule, “Project Mercury.” 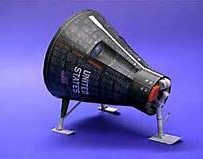 A Mercury capsule mockup similar to what we used. NASA photo

At the very last minute Ryan decided to bid, along with two other companies, on the contract to design and build the recovery system for “Project Mercury”, the United States first manned space capsule. The other two bidding companies proposed conventional parachutes whereas Ryan proposed using the “Rogallo” wing. This was a flexible wing made from Mylar and capable of being packed like a parachute. It was delta shaped and kite like and had a very high angle of attack. The wing was named for its inventors, Gertrude and Francis M. Rogallo, an engineer with the National Aeronautics and Space Administration (NASA). Mr. Rogallo and his wife worked with us in San Diego to make the huge wing. In 1948 they had investigated the wing’s unique characteristics through wind tunnel and unmanned model studies and tests at NASA’s Langley Research Center. We spent many hours in a second-floor loft at Ryan, under the direction of the Rogallos’, crawling shoeless on our hands and knees cutting and joining the Mylar. 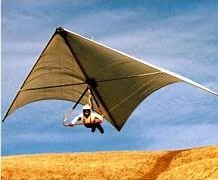 Typical use of the Rogallo Wing for hang gliding.

Due to the low budget and last-minute tight time restraint before biding closed, there was practically no formal engineering and no blueprints from which to work. A couple engineers and, as I recall, we three technicians engineered it as we built it. We pretty much worked around the clock and were allowed to work as long as we could function, go home, get some sleep and come back to work.

A full-size boilerplate model of the Mercury capsule was made and in August we performed testing on the runway at Brown Field, located on Otay Mesa near the border with Mexico. Brown Field was, at that time, an inactive military base. The faux capsule was mounted on the back of a flatbed truck and the truck raced down the runway as the deployment of the wing was tested.

My job was to fabricate and install the electrical system that caused small gun powder charges (known as squibs) to fire in sequence at predetermined times. These charges caused reefing lines to be severed, allowing the Rogallo wing to be deployed slowly so the opening shock would be minimized. I suggested the use of reliable, off the shelf, Honeywell Aguastat time delay relays powered by a battery and my suggestion was used.

With only one day left to demonstrate the recovery system before bidding closed, a fellow worker and I worked until after midnight on last minute details and loaded up the capsule with all the related equipment. In the wee hours of the morning, we drove the truck to Edward’s Air Force Base arriving at daybreak, after one stop at an all-night diner. With the bidding closing at 1700 hours, we were racing the clock to attempt the airdrop test in time.

We didn’t make any friends at Edwards that day! Even though the drop zone was out on the dry lakebed several miles from the base access road, the base safety officer sealed off the main road until the drop was completed. Workers getting off work had to sit for an hour or more waiting for the road to reopen. We finally loaded the capsule on the helicopter that took it to 10,000 feet and released it. A company photographer took movies from another helicopter as it auto-rotated down at a safe distance from the falling capsule. The Rogallo wing did not “unreef” and the whole thing crashed to the desert floor. We did not get the contract, but the movies showed my part of the system worked as designed. 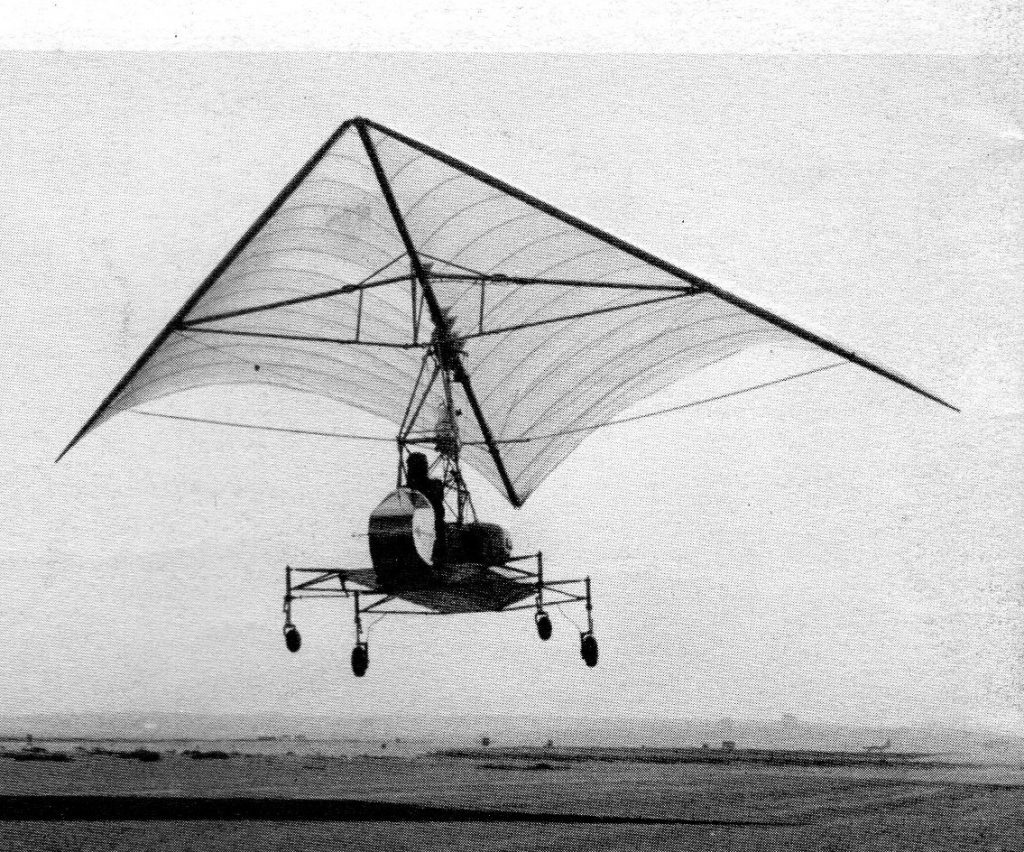 There are a few interesting asides about this project. One, the company photographer was from the same little community of Xenia, Ohio as I, although we did not know each other before meeting 2,184 miles from home. We were talking in a Ryan hangar on November 22, 1963 when we were told about President Kennedy’s death.

The other; the engineer that designed the reefing system was also a pilot, a supposed expert on parachutes and in his off time, a Federal Aviation Administration (FAA) inspector. He was advised several times during the course of the project that the system he was designing would not work; that the cutters were not robust enough to cut the reefing cords. But he was an individual that always knew everything about everything and dismissed this advice.

Unfortunately, we did not have time to do much testing of our concept or equipment so it was doomed from the start.

Later, the Rogallo wing was the initial choice for the Project Gemini capsule, but development problems ultimately forced its replacement with a parachute. Space capsules continued to use parachutes until the space shuttle made capsules obsolete.

Not giving up on the idea, Ryan, in 1962 built a single remotely controlled Rogallo wing reconnaissance drone for the U.S. Marine Corps. I also worked on this project. The drone was small enough to be carried by one person. It was launched from a portable field launcher and could photograph or televise enemy movements and positions. It used a propeller driven, small chain saw type pusher engine. 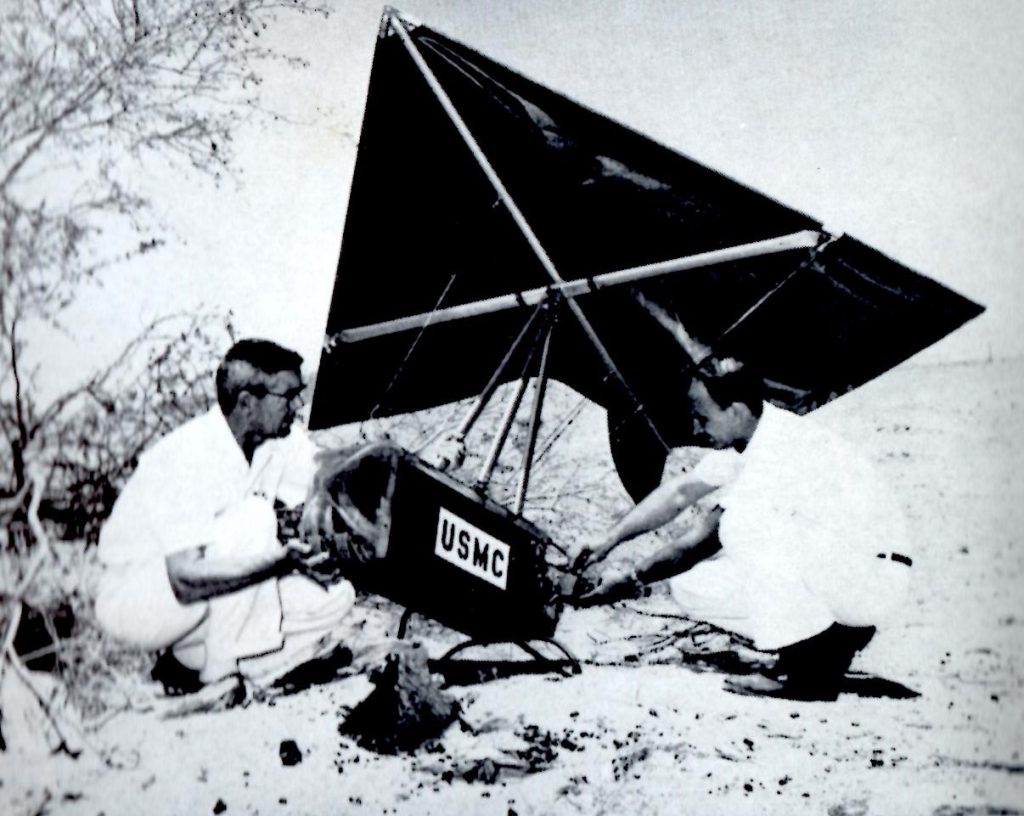 The company in 1963 used the Rogallo wing concept to build a “flying truck” for the U.S. Army. A 220 hp six-cylinder Continental engine powered it. This flying vehicle was designated as the XV-8A (Fleep). The flight crew usually referred to it as simply, the Flex Wing. You could think of it as a jeep with a wing. 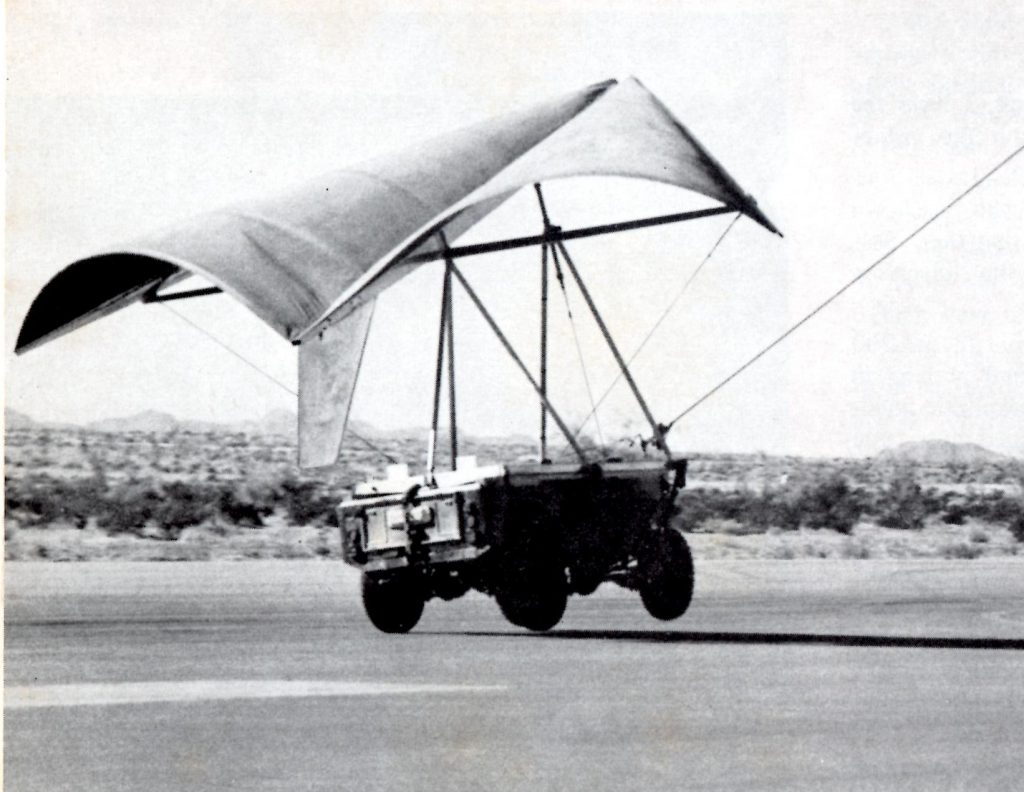