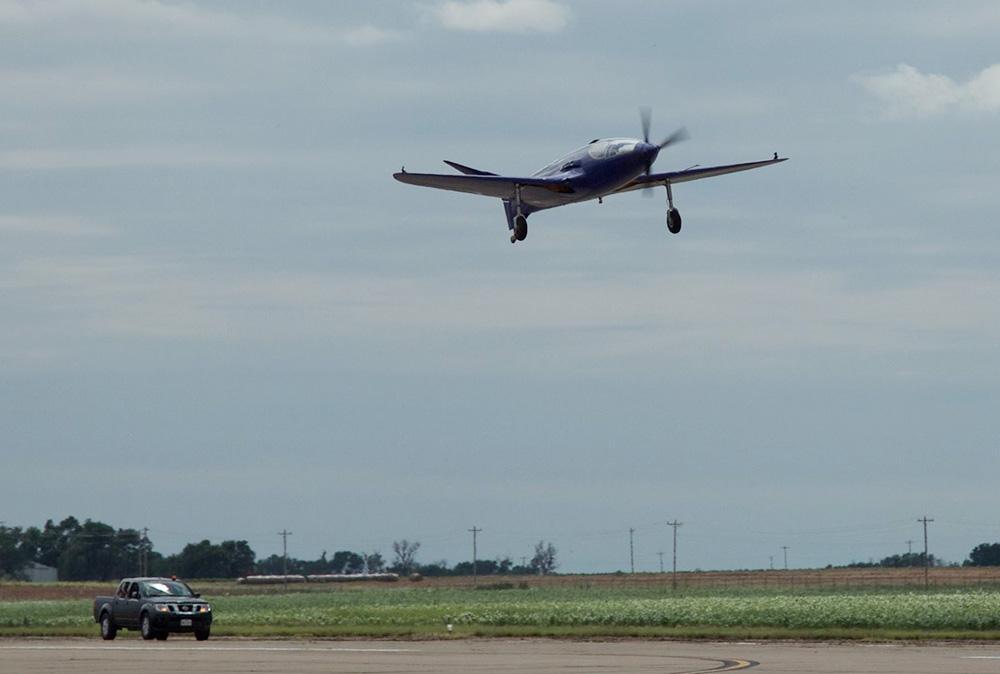 The Bugatti 100P replica race plane that has been under construction for the last several years in Oklahoma sustained damage Wednesday during its first test flight, nosing over and striking both propellers after a failure of its right brake and a slow-speed departure from the runway into soft mud.

Still, the builders of the airplane heralded the flight as a success, reporting that the twin-engine 100P racer successfully lifted off from Clinton-Sherman Industrial Airpark in Burns Flat, Okla., reaching an altitude of 100 feet before the pilot attempted to touch back down on the 13,500-foot-long runway. The airplane floated for longer than anticipated but landed with enough runway to stop, the team said.
It is unclear whether the brake failure was caused by excessive pedal pressure, or if the airplane’s twin Suzuki motorcycle engines were damaged by the prop strikes.