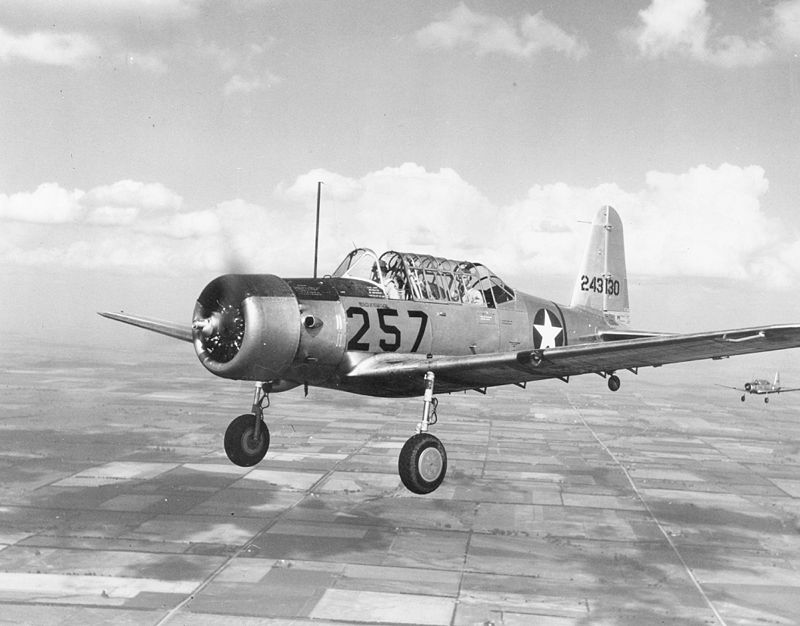 There are less than 50 airworthy Vultee BT-13s in the United States; two of them were at California’s Modesto Airport on Friday.

One of the planes – they were used as Army Air Corps training planes during World War II – was based in Modesto during the war. The other was based in Waco, Texas, but rebuilt recently in Modesto.

“They were the underdog of World War II, but they were right up there with the big boys … they held their place, rightfully so, and didn’t get the recognition until these days when they are just so rare,” said Jason Reid, who spent the last five years restoring a BT-13 that was in pieces when he bought it, spread between three hangars at the Modesto Airport.

For the complete story by Erin Tracy of The Modesto Bee, click here.