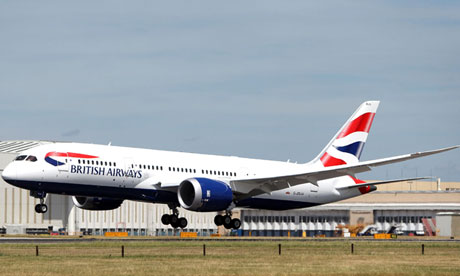 Passengers will take to the skies on British Airways’ new Boeing 787 Dreamliner aircraft for the first time on Thursday. An invited group of frequent fliers will board the plane in Edinburgh, fly over the Highlands and Islands and return to the Scottish capital.

The aircraft, flying north from its base in Manston, Kent, also will land at Newcastle for a short time on its way to Scotland.

Simon Scholey, BA’s chief technical pilot who will be on the flight deck, said: “Serving the people of Scotland is enormously important for British Airways so it seemed right that the first-ever customer flight will take place here. “We’re very much looking forward to showcasing it to the people both on board and on the ground.”

For the complete story by the Press Association via The (London, England) Guardian, click here.