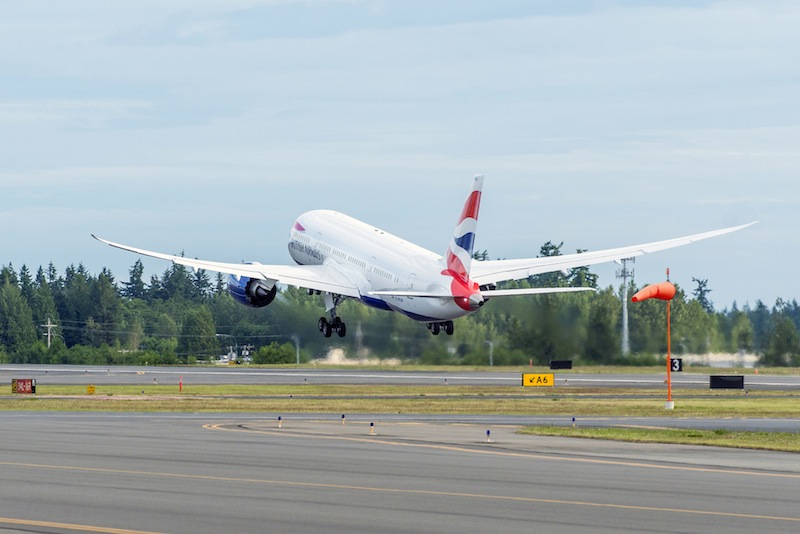 “The 787 is a tremendous, innovative aircraft which sets new standards for environmental performance and operating efficiency and I’m sure British Airways’ customers will love it,” said Walsh. “The 787 will become a mainstay of the British Airways fleet over the next few years.”

The airline will operate its new jet from Heathrow to Toronto, Canada, from Sept. 1 and Heathrow to Newark, N.J., from Oct. 1.

“The delivery of the first of BA’s 787s is an exciting milestone for Boeing and British Airways,” said Todd Nelp, vice president of European sales at Boeing Commercial Airplanes. “The 787 is the most technologically advanced and fuel-efficient commercial jetliner in its class. Its improved lighting, bigger windows, larger overhead bins, lower cabin altitude and cleaner cabin air will offer BA’s passengers an unparalleled flying experience.”

British Airways’ 787 carries 214 passengers and is configured with 35 seats in Club World, 25 in World Traveller Plus and 154 seats in the World Traveller cabin. The airline operates more than 140 Boeing airplanes within its fleet including 52 777s, as well as the world’s largest fleet of 747s with 52.