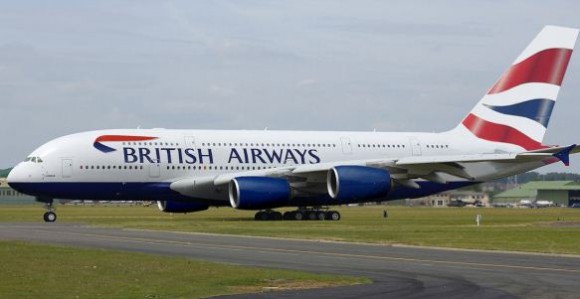 Manston Airport’s role as a contender in the South East England aviation debate has been reinforced after the Kent airport welcomed British Airways’ first Airbus A380, the world’s largest commercial passenger aircraft, on Monday.

The new addition to British Airways’ fleet will be based at Manston Airport as part of the airline’s training for its pilots, flight crew and cabin staff before its A380s enter service in September.

The arrival of the A380 coincided with a visit to the airport of two of the world’s leading aerobatic display team and ambassadors for the Royal Air Force, the Red Arrows.  Later in the day, the British Airways jet and the RAF Hawk aircraft flew in formation over the English Channel as a practice safety run ahead of a full formation at The Royal International Air Tattoo at RAF Fairford on Saturday, July 20.

For the complete story by Tom Allett of AirportsInternational.com, click here.