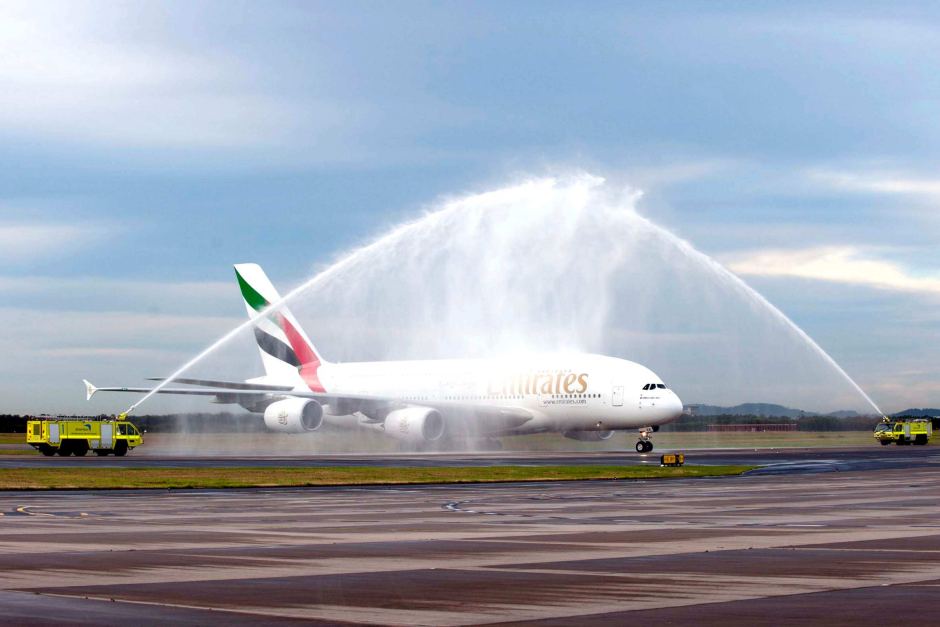 Hundreds of aviation enthusiasts have welcomed the first commercial flight into Brisbane by the world’s largest airliner. The daily Airbus A380 Dubai-Brisbane-Auckland return service by Emirates touched down for the first time this morning.

It is estimated the service will be worth about $23 million (Australian) to the local tourism industry. Emirates says the airliner offers an increased capacity of 132 seats per flight adding an additional 193,000 seats per year in and out of Brisbane.

Pilot instructor Lucas Tisdall was among those who gathered at the Brisbane Airport to see the maiden flight arrive. “To think that Brisbane is now the second busiest single runway operation in the world behind Gatwick really tells you the demand that is coming through Brisbane now,” Tisdall said.

For the complete story by the Australian Broadcasting Corp., click here.