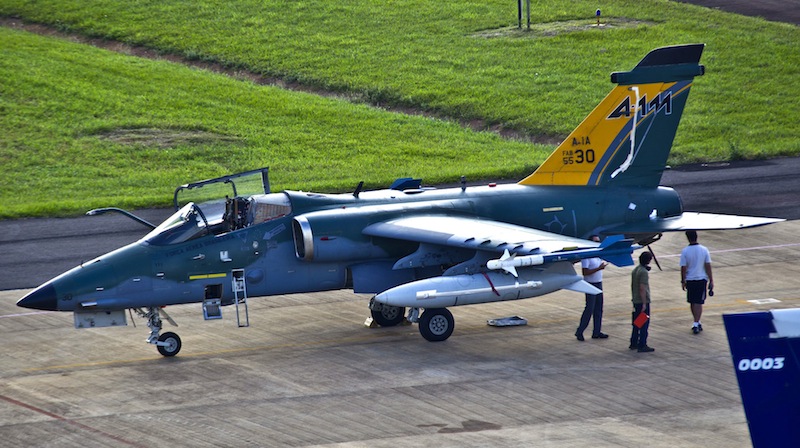 The first modernized Embraer A-1 fighter jet was delivered Tuesday to the Brazilian Air Force (FAB) at its industrial plant in Gavião Peixoto, in outstate São Paulo, Brazil. The A-1M program provides for refurbishing and modernizing 43 subsonic AMX International AMX jets, 16 of which are already at the company’s facilities.

The A-1M, still powered by the single Rolls-Royce Spey turbofan of its predecessor, has the capability of performing air-to-ground attack, bombing, tactical air support and reconnaissance missions. The modernized FAB airplanes will receive new systems for navigation, weaponry, oxygen generation, multimode radar, and electronic countermeasures. This equipment, along with structural refurbishment, will allow these jets to continue operating until 2025.

According to the Embraer modernization program, the A-1Ms will receive systems that are similar to those also found on FAB’s F-5Ms and the A-29 Super Tucanos. This will assist with the adaptation period of the pilots and provides standardization with numerous operational advantages, such as improved fleet management policy, better output in terms of flight hours, and reduced maintenance and operating costs.

“The A-1 fighter jets are fundamental elements for the defense of Brazil, including its territorial coastal waters. We have been very successful in using this aircraft on such highly complex operations as the Cruzex and Red Flag exercises. Its modernization presents a big gain in capability, along with adequate cost-benefit, and, once again, it shows the value of the nation’s industry,” said out the FAB Aeronautics Commander and Air Force Gen. Juniti Saito.

The AMX was produced beginning in the late 1980s as a ground-attack aircraft for Brazil and Italy; it was designated as an A-1A by FAB.