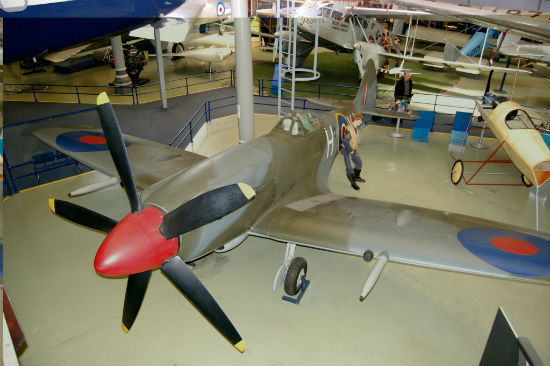 A special Second World War Supermarine Spitfire is winging its way back to Hendon, England, a London suburb, for the first time in almost 20 years.

The fighter plane, Spitfire FR Mk.XIVe MT847, is being returned for a special exhibition at the Hendon RAF Museum after being on display in Manchester since 1995. Having seen action during the Second World War, the plane, with “AX-H” markings on its fuselage, was specially modified with clipped wings to be used for photographic reconnaissance missions from 1946 to 1948.

Experts spent four days painstakingly dismantling the wings, nose and tail of the historic aircraft before it was transported to the Aerodrome Road museum on Sunday.

For the complete story by Chris Hewitt of ThisIsLocalLondon, click here.