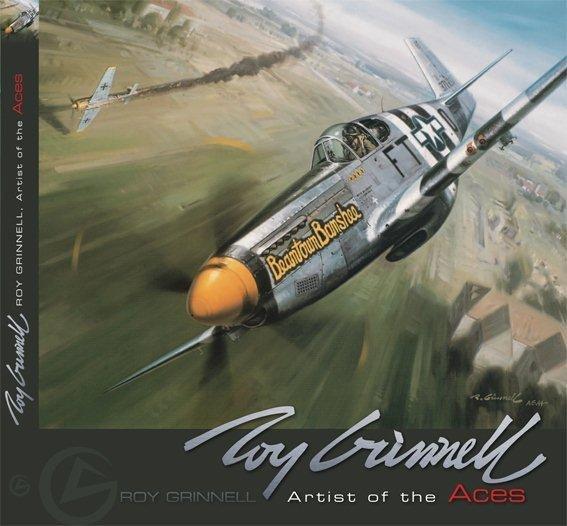 There were some high clouds in the sky over Bernieres-sur-Mer, a tiny town in the Normandy region of France, on June 29, 1944. It was typical weather along the English Channel, yet probably more pleasant than the previous week or so, when a storm lasting four days battered the area. Still, an accurate forecast for this day would’ve been hazy with a 100-percent chance of death.

That’s because the country was still in the throes of liberation. The Allied invasion known as Operation Overlord was not even a month old, so the air above Bernieres and countless other French towns and cities was hotly contested by American and German pilots. Today would be U.S. Army Air Forces 1st Lt. Kenneth Dahlberg’s turn to enter the pages of World War II history. He would do it in a borrowed North American P-51B Mustang called the Beantown Banshee.

In the early afternoon of that fateful day, Dahlberg and his turtle-decked fighter met a group of Focke-Wulf Fw 190s. As one of the Germans locked onto the tail of his flight leader, Dahlberg followed the spiraling machines down to Bernieres, hoping to get his gunsight on the pursuer. Eventually, as they neared the trees that dot the Normandy landscape, the young lieutenant managed hits on the enemy that sent the Focke Wulf diving to the ground.

Legendary artist Roy Grinnell captured the moment just before the 190 is destined to slam into the French soil as Dahlberg roars by in a painting titled “Showdown over Berriere.” It justly deserves to be the cover of his latest book, “Roy Grinnell: Artist of the Aces,” (Bamboo Edition, $40) because it’s a scene that typifies his superb skills: illustrating historical accuracy, movement and detail.

For an example of the latter, the Banshee was a B model, meaning it had only a pair of Browning .50-caliber machine guns in each wing, not the three guns of the later, better known, variants. Getting that right was no doubt child’s play for a devoted researcher like Grinnell, but if you study the left wing’s leading edge more closely, you’ll see he also illustrated the chipped paint caused by the intense concussive blasts that exit the muzzles of those powerful weapons.

A small thing, you may counter, and you’d be right. The Mustang would still explode off the page, but if an artist left out that detail, what else might be missing? As my dad used to say, there’s no telling.

What is telling: Grinnell loves warbirds and those who flew them. Although the book, which has almost 200 pages, is full of planes from World War I through Vietnam, the images aren’t all combat shoot-outs. He’s included an array of compositions, such as a portrayal of Claire Chennault waiting for Flying Tigers pilot David Lee “Tex” Hill. There’s not a complete airplane in sight, just a cowling with that unmistakable shark-face nose art serving as a backdrop. There’s still plenty of eye candy, such as Hill’s chipped coffee cup and the American Volunteer Group patch on Chennault’s jacket.

“Joe Foss, a Proud American,” is another variation that places emphasis on the pilot, not the plane. Here Grinnell painted Foss, a legendary U.S. Marine Corps ace with 26 aerial victories and a Medal of Honor winner, simply sitting in his Grumman F4F Wildcat, framed by an open canopy. Foss looks both pensive and confident, as if he can’t wait to rotate his fighter into the skies once again to engage the Japanese.

Grinnell gives equal time to America’s former enemies, too. Case in point: “Final Victories.” Painted in Beijing, China, the scene is based on the downing of U.S. Air Force pilot Hal Fischer and his North American F-86 Sabre by a Chinese general in a Mikoyan-Gurevich MiG-15bis. As he does with all the paintings in this book, Grinnell relates a great story in the caption; in this instance, the two pilots survive the Korean War and become good friends.

Not all the aircraft Grinnell transferred to canvas over the last few decades have guns or missiles. One enchanting example is “Queen of Hearts with Four Aces.” The subject is an odd French homebuilt (imagine a small biplane with no lower wing) flying above the coastline in the setting sun. From the caption, you learn it’s a tribute to Jacqueline Clerc, who lost the use of her legs as a child, and the plane her father made so she could fly it using only her hands.

Toward the back, Grinnell included other works totally unrelated to aircraft that will make any reader, warbird fan or not, appreciate his skills even more. To me, there’s no better example of these than “Trading the Northwest Gun.” I’m not sure a digital camera, had it been available all those years ago, and all the post-production Photoshop has to offer, could’ve reflected such an event any better.

“Roy Grinnell: Artist of the Aces,” a nod to his status as the official artist and honoree of the American Fighter Aces Association, is a worthy volume for any buff of warbirds or fantastic art. It’s the kind of book that will offer something new every time it’s opened.