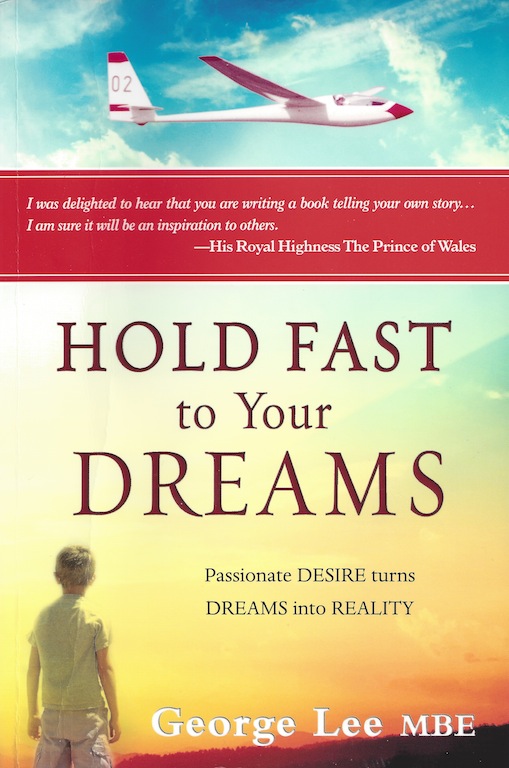 Spring is here, so if you’re looking for an appropriate aviation read to enjoy while enjoying the great outdoors, how about one by a pilot of gliders, Rhinos and jumbos? Oh my, there’s also an inspirational message in it, too.

In “Hold Fast to Your Dreams” (Evangelista Media, $14.99), Irish native George Lee chronicles a tale that begins with watching birds as a child in suburban Dublin and culminates with him spending his retirement years soaring above the pastoral plains of Queensland, Australia. In between, Lee managed to win three World Gliding Championship titles, fly McDonnell Douglas F-4 Phantom IIs for the Royal Air Force and work his way into a second career in the left seat of a Boeing 747 flying for Cathay Pacific. He also got married and helped raise two kids.

The fuel for such drive? According to his autobiography, just his dreams. They must’ve been pretty powerful ones, too, because his journey from Ireland to an Aussie farm was filled with challenges. The first one: getting a commission in the RAF so he could become a pilot. Lee entered the service at 16 to become an engineering apprentice, so it took some time, some studying and some help in the form of a friend to achieve both goals.

In the meantime, Lee figured a way to get a head start on his flying career would be to go gliding. Thankfully, a nearby RAF club offered the opportunity and Lee would eventually solo — in a Grunau 2 — four months and 49 flights later. He wasn’t yet 18; four years later, he became a gliding instructor. Only a few months after that, he was in the RAF training program flying the iconic de Havilland DHC-1 Chipmunk. Less than a year later, in November 1968, Lee earned his aviator wings.

From there, he progressed through several more birds, namely, the BAC Jet Provost and the swept-wing Hawker Hunter, before he ended up as a Phantom driver. In the legendary jet known as the Rhino, Lee learned how to attack targets on the ground as well as in the air. There was also the business of air-to-air refueling, a task that seemed quite tricky when the tanker was a Handley Page Victor.

It was as a fighter pilot Lee first became acquainted with Hong Kong; in 1972, he was chosen as the wingman for the 6 Squadron boss to make a ceremonial flight into Kai Tak Airport, the former British colony’s first commercial airport. What an ironic place to add in his logbook as both Kai Tak and Hong Kong later would figure greatly into his professional and personal future.

Without giving much more else away, it’s hard not to mention Lee’s brushes with royalty. Not only did he take Prince Charles (yep, that Prince Charles) on His Royal Highness’s first gliding flights, but he also had lunch with Queen Elizabeth II and Prince Philip. Did I mention Lee is an MBE, translated as a Member of the British Empire? After learning the man’s life story, I’m not surprised he was awarded such a rank in the British honors system.

Lee’s writing style is very conversational and most aviation buffs will breeze through the book’s 181 pages, which includes some neat photos. Those looking for the deeper message will find it at the very end, but don’t skip ahead. His life’s journey is definitely worth following from the beginning.